I'm here in Springfield on a 34-hour reset. My wife is leaving later on today so I'll probably have the afternoon free. Let me know where you are and we can try to hook up. I have a POV with me in long-term parking so we can go anywhere you want.

I'm here in Springfield on a 34-hour reset. My wife is leaving later on today so I'll probably have the afternoon free. Let me know where you are and we can try to hook up. I have a POV with me in long-term parking so we can go anywhere you want.

Sounds good to me I'm just hanging out at the campus inn, want to get some decent dinner for once lol.

I am at the Millennium Center. In the driver's lounge at the top of the spiral staircase. Come on over and we can figure something out.

I am at the Millennium Center. In the driver's lounge at the top of the spiral staircase. Come on over and we can figure something out.

Alright, on my way

Pic or it didn't happen. 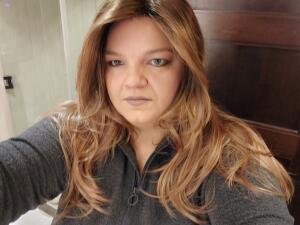 Posted in the meet up thread.

Swapped TNT trainers. My original one hooked up with someone else to train so I got a new one this morning, suppose to head out tomorrow some time. Got a better vibe off the new guy so that's good, met him in person at the campus inn and talked for a bit. The first guy called, talked for a few minutes about being a clean freak and wanting to know if I could manage my clock and macros on my own and that was about it. New guy had a lot more questions and seemed to care more about getting a good person with a decent personality. Also gave me the option of driving a week solo with him in the passenger seat or directly to team driving.

Also, special thanks to Rob D for taking me to dinner at the Lambert's. It's nice to get out of the routine of campus inn, Walmart, and plaza building.

As to the 700 dollar thing, the money was 600 advance during PSD plus a 100 dollar reimbursement for something. Perhaps the entry fee you send to Prime to enroll. Wasn't told specifically what it was but that is the only thing I can think of. You can opt to have prime take the PSD advance money back but you have to sign off at payroll to do it. Since it is interest free I'll just keep it, it is only 25 dollars a week deduction on payroll and while it isn't much money, you can make a nickle or so on interest lol, you're going to get the money anyways if you stick around, may as well have it to invest or save now rather than later.

So one week down and a day or two out until I hit the road again after home time. Did 4200 miles in the first weeks, furthest West we went was Chicago after leaving Springfield. Sleeping in a moving truck isn't too bad for me as long as I use earplugs. I have had a shift I felt too drained, really like the night driving except for the parking dilemma it causes. Still haven't been reimbursed for the rental car and have already gotten 2 paychecks. The tnt pay is .14 CPM for your and trainers miles. Was able to get a couple extra days home time because I live so close to Atlanta and wanted to be sure I made it to transfer license over since we dropped a load off in south Atlanta.

The DMV I went to "specialised" in CDL stuff so when I asked about the manual restriction they said it wasn't a problem, they just had to get it cleared from head quarters and that they can't remove endorsements you've already earned on another CDL class. The folks there are far nicer and more knowledgeable than other East of Atlanta locations. So my recommendation is to use the Jackson, GA DDS. It is only two service stations so it is pretty fast too. Went ahead and got doubles/triples while I was there so fortunately for me I have a cdl with no restrictions and all endorsements except for hazmat which I don't want anyways.

It isn't typical of Prime Inc and I wouldn't expect it but I got right at a week home time so that is nice. I'll probably try and get around 45000 miles before next home time. I don't know how they do it when they upgrade but I'd not be surprised if they want you to run their 3 week policy after you upgrade so having some home time and then knocking out another week training then 3-4 weeks solo seems like a decent plan.

It's easy to say I'd like to stay out for several weeks solo but after working jobs where you're constantly jumping in and out of trucks/equipment all the time, I'm glad to be home and doing stuff around the house, maybe I'm not as lazy as I thought. It's quite amazing how much atrophy I've had occur in a month of laying in a motel bed and sitting in a truck. After 2 days being home I was sore all over like I'd swam 3 miles. Also, strangely enough, I lost about 6-7 lbs the first week out.

I'm not going to say I'm going to jump to flatbed but... a crazy part of me is actually missing the physical activity of dump trucking or the physicality of heavy equipment operating. Maybe the road is already making me crazy. Another thing I've noticed is the difference in climate. I've always been told it gets just as hot everywhere else as it does in Georgia, it just doesn't last as long. And I can say pretty confidently that is a bunch of BS. Maybe on paper it is true but being in NJ, PA, Chicago etc, it is hot sure, but when I had to walk about a 1/4 mile with all my stuff when I got home, yeah... The heat here in the South is just another level, there's no breeze, humidity is insane and temps are higher, plus it storms every afternoon. It was striking how hot it was when I got home and I've lived in it for over 20 years. I can't wait to move Northwest. I can't wait to see the West, my trainer likes to stay West and doesn't like traffic so hopefully that is where we'll be and can rack up some miles fast.

Prime Inc Choosing A Trucking Company Company Trainers Driver Responsibilities Paid CDL Training Reports From CDL Training Truck Driver Training
Click on any of the buttons above to view topics with that tag, or you can view a list of all forum tags here.