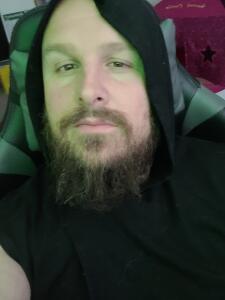 What is the overall rule when it comes to carrying a pistol or conceal carry weapon? Is this frowned upon in the trucking community? Or is it more of a "don't ask don't tell" type situation? Just curious because I personally carry my firearm with me everywhere aside from my current job at AAA. Wondering if this is something of an option when I go OTR next year.

Most carriers and customers have strict rules forbidding weapons of any sort. Additionally, different states and localities will have their own restrictions. Given the often sketchy areas we drivers sometimes frequent, I disagree with these rules. Obey the rules...or not...at your own risk.

Most of our customers have signs forbidding weapons of any kind on their property and stating they may search your truck if they so chose. That being said I've never known anyone to ask about weapons or ask to search my truck. Many trucking companies also have a strict policy of no firearms on their trucks. Your concealed carry permit does not carry over into all states either. You'd have to know where it remains valid and where its a piece of scrap paper. You'd also probably be surprised just how many drivers have a firearm in their truck. Often the don't ask don't tell policy, but also a don't be out recklessly waving your gun around because another driver called you a name or whatever as well. If you chose to carry, leave it in the truck while on customer property for sure. I carry a pocket knife with a 4 inch blade at all times, even at customers with the clip visible and have never had it questioned, by the same token I am ALWAYS pleasant, never argumentative or angry with them either. I actually got it after getting a dog. Walking her late at night in some areas seemed sketch but again, haven't needed it. Do I carry a firearm in my truck? Perhaps, we'll never know will we...well...unless some serious 💩 goes down, then we might know based on who it is that survives, me or the crackhead.

If your company has a no firearm policy and you chose to carry one, be prepared to lose your job if they catch you, and more importantly be responsible with it as I'm sure you are. Most of the time those that carry legal firearms are not the problem but the cure for the problem which is those carrying stolen guns. Take away inner city (gangs) guns and the "gun violence" rate in America would drop by 70%. Sad but true.

Robert B. (The Dragon) yes, I breathe fire and other sideshow tricks
Home State: MN
Experienced Driver
Posts: 2290
Joined Us:
7 years ago
136 Photos

As was mentioned, the majority of the regulation is based on the companies. There is no federal law restricting it, you are responsible however for abiding by state regulations which show reciprocity to your using states CCP. Storage and condition of carry apply in the other states and generally, it’s a don’t ask don’t tell issue. The best advice I can give is to go to either Gun University or USCCA and read up everything you can regarding all those issues. Gun University was set up by Ryan Kleckner who is not only a former military sniper and trainer, he’s a constitutional firearms attorney who has countless articles covering everything you could want or need to know. Regardless, there’s risk involved and the reality is that you’ll likely never need to take it out of its case.

As it was said before, it is highly unusual that somebody will search inside a truck. Without a search warrant it can be a legal challenge, so most likely a driver will simply be asked to leave the premises if he rejects an offer... Most companies forbid firearms in their trucks, yet most drivers carry :-)

Thanks all! I was just curious as I currently drive a flatbed tow truck for AAA and they have a strict policy as well. But the Seattle area has gone to absolute Hell and it has become uncomfortable to do some of these roadside service calls. I am definitely making the jump to OTR trucking once I move out to Idaho later this year and was curious about some of the personal safety protocol drivers take as I assume we carry precious cargo and issues with unsavory types, while possibly rare, still happens. I have a buddy that used to work for SAIA that carried a .40 everyday on the job but wanted a more well rounded opinion. Thank you all for the input. Stay safe!

As it was said before, it is highly unusual that somebody will search inside a truck. Without a search warrant it can be a legal challenge, so most likely a driver will simply be asked to leave the premises if he rejects an offer... Most companies forbid firearms in their trucks, yet most drivers carry :-)

Wrong on all accounts.

Try a border crossing into Canada. The truck will probably be searched, sniffed by a canine, and be xray scanned (at least the first time). Returning to the US? It may happen all over again.

Most drivers carry? Nope. Where did you come up with this,

DOT wants to look inside the truck? It will happen, whether you stall for a warrant or not.

CFI allows drivers to carry a firearm. It is up to the driver to know the laws in each state. Some in the Northeast will arrest you. I don't know the laws. I have seen drivers in our terminals open carrying. I recently ran into a driver at a truck stop who had two guns and a knife strapped to his body. Was happy to walk next to him.

All great information. Will definitely take everything into account. I just feel like if I am doing a pickup/drop on the south side of Chicago.... Well... Ya know..

Robert B. (The Dragon) yes, I breathe fire and other sideshow tricks
Home State: MN
Experienced Driver
Posts: 2290
Joined Us:
7 years ago
136 Photos

All great information. Will definitely take everything into account. I just feel like if I am doing a pickup/drop on the south side of Chicago.... Well... Ya know..

You’re worrying too much. Situational awareness is always important but drivers are very rarely messed with. Occasionally trailers get broken into but the goal is theft, not getting into a confrontation.

Driver Responsibilities Firearms Guns In Trucking The Economy And Politics
Click on any of the buttons above to view topics with that tag, or you can view a list of all forum tags here.