What Is Causing The Backlog At The Ports In Long Beach And Los Angeles?

From what I read, some of those ships that were blocked had to go around south America instead of the Panama Canal to get to the Left coast. Please correct me if I'm wrong. 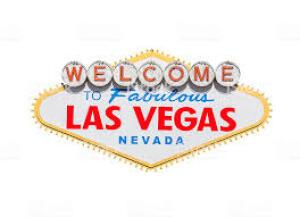 Do you now if the Port of Oakland is having the same issues? I ran fresh beef and pork to TraPac and OSI/SSA weekly 3 yrs ago. Been thinking about doing it again, but even having patience, I would hate to deal with a mess like that.

We didn't have that many containers out of Oakland/Trapac/Oakland Intl, at least with the accounts that I had (24). Robert B mentioned the Northwest above, and Seattle/Tacoma was actually worse than L.A./Long Beach. I would have ranked them from Seattle/Tacoma being the worst, then L.A/Long Beach, and then Oakland, although we seemed to have better coverage/more options in Northern CA. I'm not certain how it is lately since I've been out of that position for about a month now, but I can't imagine it's improved much (if at all) and likely is just as congested, if not worse. The NW loads were the ones we charged customers the $150 port congestion fee on every container. If any of them balked, then we'd tell them the container would likely NOT get picked up, as any carrier would prioritize the ones where they'll get paid the most (only fair with how congested it was). We would welcome them to try to find other options, and some would try, but it was all the same for everybody. No chassis at all in the Northwest.

It’s my understanding that container drivers get paid by the load. If that’s the case, and they’re not getting loads, they might seek other driving positions, only complicating the problem.

With Knight, on the carrier side, they would often be paid by the load -- with the amounts varying depending on the desperation of the customer to get that load picked up "ASAP" and delivered on time (usually after numerous delays -- oftentimes multiple weeks). When we would cover demurrage on behalf of the customer, we would be billing them back, but there would be a 10% or $35 surcharge every time we covered it for them, so naturally that added up as well. We'd often offer a carrier even more if another driver dropped it, couldn't make an appointment, or other reasons for the congestion. As a company driver (me) after completing training and getting my CDL through Squire, it's still paid by the mile.

Does anyone know what percentage of ships are from China- in LA area and other areas mentioned? My guess is 50% +/-. I’m sure a lot come from other countries- Japan, Thailand, etc. …..

Very interesting, especially Justin’s writing. It’s clear that Covid has played a big part. IMO gov policies have been detrimental in this- giving out the “free” money. This website is the only place I have read about/seen this huge Port problem. …..

Also, this is speculation- it make sense to me that China is screwing with us, along with By Den (our leader) in order to screw up our economy. Making us dependent on our gov., and so Dems can come to the rescue on their self-made problem.

I'd say the majority of vessels originated from China. They JUST reopened one of their busiest terminals too after shutting down for two weeks over ONE COVID CASE, and it probably won't be the last time, depending how things go there. Those costs will likely be passed on directly to consumers.

Check out this live map MarineTraffic.com to get an idea of what it looks like out there right now. If this URL doesn't pull it up zoomed in on L.A./Long Beach, just click "Live Map" at the top.

From what I read, some of those ships that were blocked had to go around south America instead of the Panama Canal to get to the Left coast. Please correct me if I'm wrong.

My response was referring to the Suez Canal. I’m unaware of a Panama Canal problem. Sorry.

Pandemic-induced shopping sprees ahead of the holiday season, coupled with a national labor shortage, are thought to be the main cause. (copied and pasted from the Business Insider)

I understand that things are in a similar state at the Ports of New York and New Jersey.

You find yourself standing in a long line at the Torrance, CA Chinese-owned, DOT-run CDL Class A training facility; one of many that have sprung up in recent months along the west coast. At these facilities, the massive homeless population is fed in and spat out with a CDL assembly-line style and used as cheap labor to deal with the massive backlog of port freight from China. Hours pass as you stand in line listening to Fauci’s voice boom over loudspeakers that 3 masks, 1 bandana and 1 diaper is now most effective is slowing the spread of Covid-24. You finally reach the facility where your blood is scanned by an iPhone 18 and you are found to not be vaccinated with the mandated vaccine for the new “omega-variant” which had just been “discovered” while you were waiting in line. You are beaten, handcuffed and shipped to the Amazon gulag for “the unvaccinated” in Nebraska to be used as slave labor. You cry.