I-80 California/Nevada Mess In Sierra

Page 2 of 4 Previous Page Next Page Go To Page:
Robert B. (The Dragon) ye's Comment

The first time I heard of the term atmospheric river was in February 1986 but I imagine it existed long before that. We have much more satellite information today to measure such things. It was pretty bad in 1986 with lots of flooding. I happened to be moving to Sacramento during that event and my employer was paying for a moving company to move my stuff which was much better than me having to do it.

I believe I-80 was closed for 18 hours in both directions and re-opened but closed to eastbound traffic again for a while this evening due to spin-outs. Closures that long does not happen very often.

I-5 might get closed south of Sacramento later tonight as two rivers are above flood stage and that water is headed west towards I-5. I-5 is elevated so it's not clear to me if they actually expect it to cover I-5 or not from the news reports I read this evening. Several areas are under mandatory evacuation.

Highway 99 a little south of Sacramento was closed on New Years Eve due to flooding. Dismissing this as typical winter weather is not wise, IMO. Many all-time daily precipitation records were broken.

The next week or more is expected to produce more strong storms. Meteorological science has a lot of technical terms. Just because one does not understand them does not make it nonsense. This scientist issues pretty good reports and talks about the upcoming weather. weatherwest

I an sharing this as I am suggesting to check ahead extra carefully and plan accordingly. 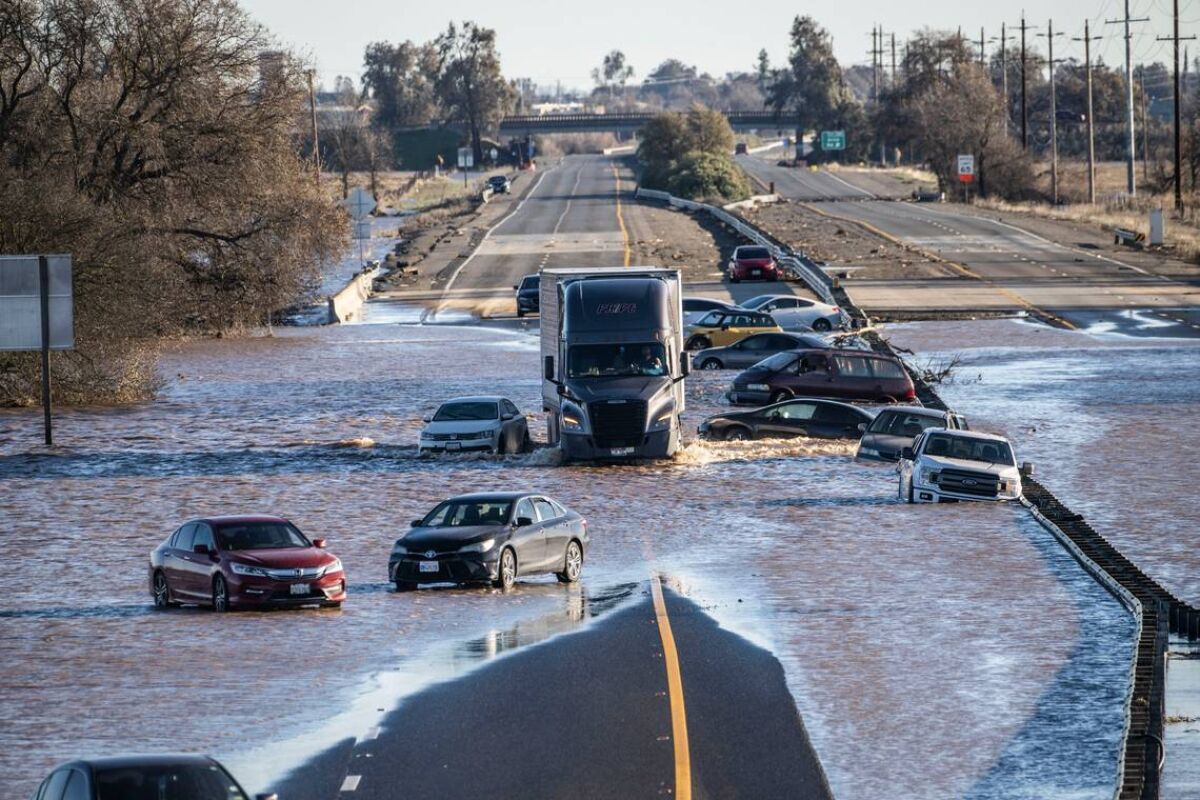 Harvey, your property is near a levee, correct? Is that levee in danger of giving way?

How is all this moisture affecting the drought out there? Is it enough moisture or too much?

Harvey, your property is near a levee, correct? Is that levee in danger of giving way?

How is all this moisture affecting the drought out there? Is it enough moisture or too much?

Hello Bruce, thanks for asking. Yes, our 47 acre farm is part of an "island" protected by levees. We are at some risk of levee failure which would be devastating. Our house sits at seal level with some portions of our farm being as low as 8' below (due to subsidence) and river levels are about around 7-8' above sea level. I'm on the board of the agency that maintains our levees and was just speaking with the president of the board to give him some updates, particularly about strong wind forecasts for Thursday (~30 MPH) which create risk of erosion when combined with high river levels. He has been without electricity for 2.5 days as are many people in the area, something I've never seen before. I offered him my portable generator since I have a large automatic one, would have offered it sooner if I knew he didn't have one as he also has no running water.

Yeah, I've been thinking about it a lot lately. My father's parents immigrated from Madeira, Portugal a little over 100 years ago with a pioneering spirit when life was much rougher, but still better than the poor economic conditions from which they came. My father started his own farming operation and was not well educated but did very well due to his perseverance, hard work, and great common sense (a phrase he would use sometimes is "I might be dumb but I'm not stupid" and I think about that often as there are many highly educated people with very little common sense). We started our own farm which was a part-time venture until 2007 but it has turned into something very successful as well and I think my father and grandfather's traits carry forward into me and make it hard to walk away from something that is doing well. But I keep thinking about it. We easily have enough to retire on already. I have not found another state I would like to move to with weather I can tolerate year-round. We visited Madeira, Portugal in late November for the second time and loved it even more than the first visit in 2004. There is a small home with some land located about 100' from where my grandmother grew up that is supposedly for sale and we are trying to learn more about it such as price. We are headed back there next month. I just came in for a late lunch and we have about six weeks of busy work here. I really think we should buy a place there and spend at least part of the year there, like right now. It is a beautiful island and has the nicest climate I've experienced. I've been to Hawaii many times but I think this has that beat. This is the cold time of year right now, nights getting down to about 60F. Brrr! People there do refer to it as being cold. LOL Lots of people are moving there to retire, costs are lower and minimum wage is about US$750/month.

Stay safe everyone! Michael shared a video of Ginger running in the snow in Beaver, UT this morning. Looked too cold for me but she loves it and I think she must love the sound of snow under her fast feet. 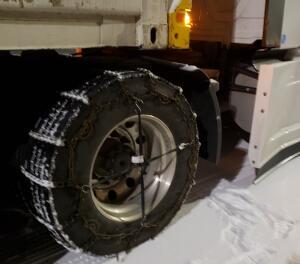 My next load is in Commerce CA, down south of LA and Anaheim. As I left Oakland, there was some water that appeared to be up. Then when I got on I-5, I saw a lot of fields with standing water and what few creeks I saw, were definitely up and moving pretty good.

There was no water that was close to the interstate. I'm doing my 30 minute break in a rest area near Kettleman City and it's too dark to see what it looks like down here. I do have to say that the brown fields have turned to green and the cattle sure seem to be enjoy eating it.

Maybe 20 years ago one of the portions of I-5 headed south, at Newman, I believe was washed away by raging waters that had eroded the embankments. It was tragic as this happened in the night and several vehicles plunged right into the water and occupants perished. I hope they are inspected better now. The worse of the past storm was on Saturday and it was focused in northern California. The next big storm is also going to hit SoCal. Michael is spending the night in Hisperia. SoCal is a desert but has steep mountains and canyons and can be at risk of flash floods also. I see Hisperia may have wind gusts of 55-60 MPH tomorrow night and Thursday morning. I just checked and Commerce has a Flood Watch warning 3AM Wednesday until 4AM Thursday. Be careful. 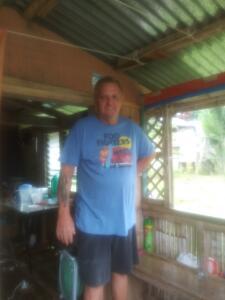 Interesting weather, here in the Philippines, it's "winter" never thought I'd need a hoodie or sweats haha.

Rainy season actually, and it's been raining a lot last 2 weeks. Days at a time, past 2.5 days, finally stopped. It rained solid from light to HEAVY for 18+ hours. Just makes it muddy as heck, glad I/we don't need to go nowhere. Even with my Yokahama 70% off road tires, I can fishtail downhill at idle in 4low/1st gear....

"It's MORE fun, in the Philippines" (Their tourism slogan) haha