ABF Says They Pull This All The Time

Page 1 of 2 Next Page Go To Page:
guyjax(Guy Hodges)'s Comment

They pull this type of weight all the time. According to the drivers at the local Atlanta terminal says there is no fines for over weight violations.

Well I told dispatch "I" don't take over weight loads. So we wait now as they get lighter pup trailers to make up a set. 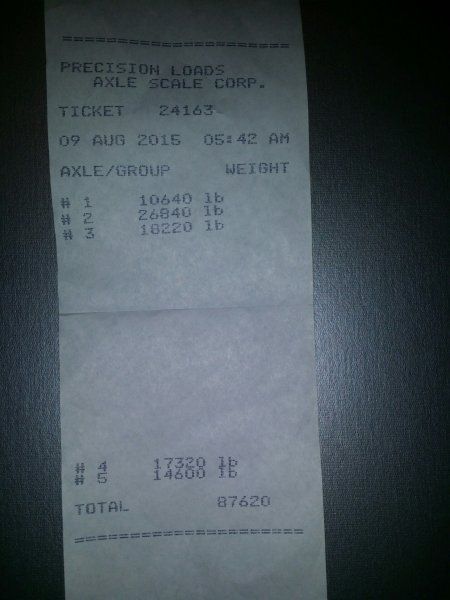 They pull this type of weight all the time.

GuyJax, that is complete B.S.

You've been pulling those ABF loads for some time now, and if they were doing it all the time I think you would have run into it already. What I think they meant is that they pull this little trick on other company drivers who are in their terminal taking up the slack of the loads that they just can't seem to handle.

You did the right thing.

I remember I took a load one time that was like two percent over the legal weight on one axle, not over on the gross. I passed over five scales on that trip without a problem, then the second scale in Virginia that I passed over told me to pull over and come inside. When I left out the door I had an overweight ticket in my hand for seven hundred and fifty dollars!

Last week I swapped trailers with another driver. My gauges seemed way high so I took it to the scale. 25,000 on the trailer and 38,000 on the drives. I untarped and tried to manually move some bundles and pallets of rebar towards the back. The stuff I could actually move barely made a dent. So I called dispatch and after a while they called me back and told me to go to a local towing/recovery place where they would move what I needed. I went over and they spent about 2.5 hours with a forklift moving bundles around. Then I had to re-tarp. When I went back to the scales I was 31,000 on the drives and 32,000 on the trailer. They charged my company $950. $950 for 2.5 hours of the use of 2 guys and a tiny little pallet mover. And it could have all been avoided if the driver who orignally loaded the trailer would have checked his weights before he left.

I am sure it has happened before..... Yeah to me. About a month ago I got a $750 over weight ticket in Virginia cause I did not weigh out and ABF load. 85k that time.

I learned my lesson and if I suspect it's anywhere close to over weight I refuse to take the load till it's fixed.

Good for you. Even if it is a pain in everyone's ass. Stick to what you believe is right!

We pick up from abf FedEx ups yrc and I think abf has the nastiest attitude towards us.. ups seems to be disorganised as far as the lots go and I really enjoy FedEx and yrc pick ups.... everyone seems really nice except abf just plain rude lol... guess they don't like out sourcing thier loads...

Hi guy. Been a lurker on the site for a while never posted. Was wondering how much more does your sleeper weigh compared to single axle day cabs? All our dock guys assume the loads are being pulled by day cabs and build them accordingly.

They pull this type of weight all the time. According to the drivers at the local Atlanta terminal says there is no fines for over weight violations.

Well I told dispatch "I" don't take over weight loads. So we wait now as they get lighter pup trailers to make up a set.

I am with you on this. I have refused overweight loads before...no exceptions. Throw it back in the pond. 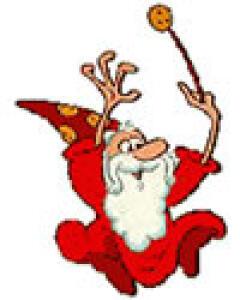 I'm with you, picked up a load and scaled it, came out to 81045, told dispatch, nope I have to get some weight off so they had me go back to shipper to remove 1045 lbs. I have been told by my trainer and it is good rule I follow is any load over 30k scale it....