Page 1 of 3 Next Page Go To Page:
VivaciousVal's Comment

I'll update my diary within the next day or so... but here's the short version.

First I would like to start that given some really bad experiences, I still want this. Driving truck was AWESOME! Getting glimpse at what's to come... I'm ready to continue on!

I got on a truck for my student driving and my trainer turned out to be an egotistical control-freak. A lot of the issues were borderline tolerable but a few of the issues certainly pushed the limits.

He didn't like that I kept in touch with some of the other students from my class, told me that the only reason that people talk to me is because I'm pretty. And didn't want me to get any advice from other students and/or truck drivers. In fact if I talked to anyone at a truck stop or my school he would question me endlessly about what we talked about. And they were always wrong, I personally enjoyed the little tidbits of information that people would share, but to him they were always WRONG... even if they were right. Not to make it black and white.

Now I don't know much about trucks and trailers parts and what not, and most of what I've learned as been in the past 2 weeks. But I can recognize the difference between drum and disc brakes. I eventually gave up on the argument after about 20 minutes of asking if there was anything extra/ left out I would have to do for my pretrip test. He was a complete "Know it All" and would never ask questions or look up questions that I had, but instead would make up these RIDICULOUS answers.

He really liked to talk about religion and politics, both subjects that I don't keep strong opinions about. Usually that keeps me safe, but for the past week the only way to get him to shut up was to agree completely with him. Like I was in love with the subjects... grr.

He would tell me when to sleep and he was the type that sleeps for at least 12 hours a day, me.. I need about 5-6. He would send me to the bunk and tell me to not get down until sometimes 16-20 hours later. My trainer, a guy, would follow me to the first bend of the women's bathroom, everytime! I'd have up to 7 missed calls from him during a 20 minute shower, just checking on me. And he told me what to eat, what to drink, and when to do it.

Now like I said, most of this stuff, I would classify as barely tolerable. Combined it was overboard, threatening my job because I would call my family every day pushed me to the point of calling my Fleet Manager. I did not ask to get off the truck, but simply explained my situation and said that I did not want to do my next phase of training with him. Nothing unusual about that. She ended up pulling me from the truck anyways, he's gotten other complaints and apparently the controlling continues to progress.

So now my question... I'm not trying to ruin anybody's career. I simply want mine to start with adequate knowledge and understanding. But I've been asked for a written statement to give concerning my training. How detailed would you be, if you were in my situation... I feel like I can more openly complain here because its not going directly into someone's personnel file. But if he's done it before... I just don't know.

The primary person a driver communicates with at his/her company. A dispatcher can play many roles, depending on the company's structure. Dispatchers may assign freight, file requests for home time, relay messages between the driver and management, inform customer service of any delays, change appointment times, and report information to the load planners.
miracleofmagick's Comment

You've been asked for a written statement, so give them all the details.

You say you don't want to ruin anyone's career, but letting him continue on like that could ruin the careers of all those he trains.

If it were me I would explain everything you just said to us here. You won't be damaging his career. He did that himself. Lying, or withholding information wouldn't help improve his behavior. Just because HR is getting involved doesn't mean he'll be out of a job, could just do additional training. Maybe he's just off in the head and doesn't realize what he's doing is wrong (as crazy as that sounds). Hope your next trainer gives you a much better experience.

I'd have to agree with miracleofmagick and Rob T. Give your full statement of the events to the company in writing and be done with it. You seem like a very positive upbeat person, so do what must be done and let the company handle the outcome, then focus your energy elsewhere and on your own future. Whether his career if affected is his decision and actions.

I totally agree with everyone above. In fact, you could submit to them exactly what you just put here and that would be great. You're certainly not going to ruin his career. You made it clear that he wasn't beyond hope, he just needs to understand how to interact with students more productively. How will he have any hope of that if someone won't point out where he needs to improve? To me that sounds like what you're doing. You're not ruling out the possibility that this guy could be a decent trainer. He just has to change his ways a good bit.

Road training is a very important step in the progression of learning to be a safe and efficient truck driver. Your trainer unnecessarily added stress to an already challenging experience.

So yes, I agree wholeheartedly with the other replies. I would be honest with them and where appropriate, give them details. He definitely crossed the line between professional and personal. What you write will not cause him to lose his job, his behavior and conduct will.

Half-following his trainees into the restroom and calling them in the shower is beyond inappropriate. Be honest and detailed in your statement. It won't ruin his career, but maybe management should consider disallowing him to train women until he learns about boundaries.

I Suffered Through A Horrible Horrible Trainer My Last Two Weeks Before Upgrade I Was Asked To Write A statement and it turned out to be 6 pages long. I even included pictures of the horrible living conditions on the truck and the DOT violations. This man even committed a felony which put me at risk health wise... which upset me deeply cause his hygiene was lacking.... three showers in 2 weeks.. and I demanded the 3rd.

I specifically put in the statement that I did not want him terminated but did not want him to train. Had I been new I would have quit and bad mouthed prime to everyone I knew. But after 5 months here I knew this man did not represent the company or people at prime.

What he does in his truck is his business but don't subject others to it. In the end prime thanked me... and I found out later that he altered both of our e logs without my knowledge. I found out later that one of the higher ups wanted to terminate him for quite some time and only needed the ammunition to do it that means his career was in jeopardy long before he met me. I don't feel guilty and I don't feel like a whining cry baby either. If I wanted to be a *****... I'd be suing him and Prime and would have had him arrested.

I read these horror stories and it really makes me appreciate my trainer. I was really nervous who I may end up with but turned out to be a great guy. Real easy going and doesn't get to excited as long as I'm not putting us or people around us in danger which I'm happy to report that hasn't happened. Getting ready to head back out out with him in the morning after a nice break at home for a few days. Good luck to you all 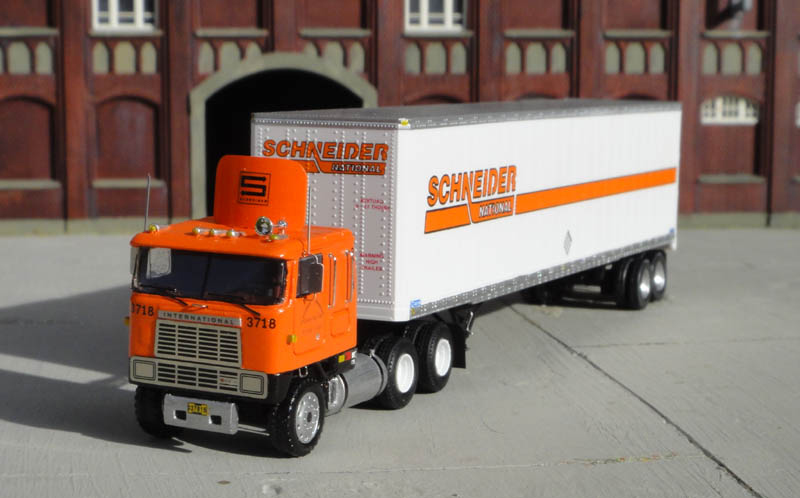 These trainer horror stories are crazy. I feel that the trainer is being paid to perform a service for you and that you are his customer. Where is the customer service of some of these guys?

Becoming A Truck Driver Company Sponsored CDL Training Dealing With The Boss Life On The Road
Click on any of the buttons above to view topics with that tag, or you can view a list of all forum tags here.