Page 1 of 5 Next Page Go To Page:
Brett Aquila's Comment

We have an awesome new article out today by G-Town:

It's pretty astounding how much bad information there is out there on the Web about trucking. That is indeed why I started this website 11 1/2 years ago and named it TruckingTruth in the first place.

I hate to say it, but things haven't gotten much better over the years. The sheer volume of complaining, finger pointing, and slander is overwhelming.

It's hard to say, exactly. In my opinion I believe it's because so many people who take a shot at trucking either don't belong in this industry, underestimate the challenges it presents, or went in with the wrong expectations altogether. I think all of the moderators here at TruckingTruth know we're fighting an uphill battle and that will likely never change.

But neither will we.

Some people want to know the path they'll need to take in order to succeed. Others look for a scapegoat to blame before they even set foot on the path. Plan on succeeding and prepare to do whatever it takes in order to establish yourself in this industry. Don't listen to the naysayers. Don't fall for the conspiracy theories or become cynical toward the industry.

Have a great attitude. Be determined. Make it happen. Don't fall for any baloney.

Very good article. When I joined this family I was previously inundated with a lot of misinformation. At first, Swift was the last company I would have wanted to work for. But g-town, Errol, and other swifties shed a much clearer picture of not only Swift but other Mega carriers. And of course I now work for Swift. Great article g-town.

Simply put - this industry is not "special" or "different" than any other career path on the Macro level. You have to work hard, make sacrifices, and become dependable to move up and be successful.

Hard working, reliable, safe drivers always have a spot in any trucking company. Job hoppers and corner cutters will find this industry can be miserable and punishing.

The article you post is really spot on correct. I'm always amazed at a driver who left a large carrier and spends time bashing them as no good. How can a truck carrier like Swift - who bought Knight and is now buying another company be so bad. My experience shows too many unprofessional slack drivers who are cry babies. a couple of things I notice. Drivers tend to complain about home time. But they forget to tell a dispatcher at least a week in advance, the dates they want to be home. They expect instant revision of the carriers load board to make them happy. a little pre planning with a dispatcher goes a long way. Secondly, stop turning down loads because you dont like the miles, the territory or the weather. Deal with it. Thirdly - act like and look like a professional. Take a daily shower, change clothes and take the time to watch your personal hygiene. Why you think a receiving office full of drivers want to see you or smell you coming from 20 feet away is not nice! Fourthly, take time to research the company you want to drive for. do they operate in your home area? Talk to recruiting in advance and more than once.

Very good article. When I joined this family I was previously inundated with a lot of misinformation. At first, Swift was the last company I would have wanted to work for. But g-town, Errol, and other swifties shed a much clearer picture of not only Swift but other Mega carriers. And of course I now work for Swift. Great article g-town. 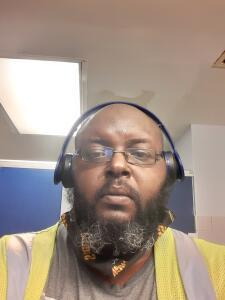 No lie before I found this website I would go to Indeed or other trucking websites just to get advice about certain companies & who would hire me if I had a dui , I got the most negative feedback ever, once I found this site & saw the years & advice it takes to get a cdl with a dui I've never looked at other reviews since then except for on here, you guys speak the truth here, Brett, Old School, Gtown, Daniel B, Errol, Rainy D, & I love to listen to Turtle, I've never thought about flatbed until I started reading about you & the great Old School 😁

Awesome stuff, like all the articles I've seen here. I'll give you my own take on the subject. I think many people are focused on the negative. Ever watch the evening news? Negativity abounds.

People also have a penchant for believing what they want to believe. And leaning towards whatever fits their own worldview and preconceived notions. There are technophiles who think that automation will eliminate the need for truck drivers, and there is no convincing them otherwise. There are others who demand that companies bend to suit them, rather than realizing that us newbies have to prove ourselves first.

Good example of that last point - students I'm currently attending school with. Some refuse to consider jobs with certain companies because, "I don't want to touch freight." Others think that companies are going to bend over backwards for them because of the reported driver shortage (which I think is at least partially a myth or Walmart shelves would be empty), not considering for a moment that there are plenty of other CDL students in the pipeline who are willing to take their place and won't refuse the loads they refuse, etc.

I've got my test scheduled for April 10th, and plan to take a short vacation the next weekend before I take my first trucking job, probably with Werner (talked to them several times already). And I'm planning to go regional in the northeast, as it suits my requirements. I know, it's better to go OTR as a rookie, but I didn't move to Philadelphia to go on the road for 3 or 4 weeks at a time, being home weekly is important enough to me that I'm willing to put up with driving in this area. Nice thing about Werner is that they have multiple contracts in this area, so I can make a change after I prove myself if I don't like my route at the time and not have to leave the company to do so.

Point is, I know I'm going to have to prove myself as a safe driver and someone who is willing to do what it takes to get the job done before I'll start getting perks like better routes or time off. May take a few months, could take a year or more. No matter. Thanks to the folks here, I'm going in with my eyes open.

Advice For New Truck Drivers Becoming A Truck Driver Choosing A Trucking Company Driver Responsibilities Truck Driving Lifestyle Truck Driving Stories Trucking Industry Concerns
Click on any of the buttons above to view topics with that tag, or you can view a list of all forum tags here.