My point is not about an economics debate. It is merely the point of deregulation allowed anybody to start a trucking company if they wanted. I’m not saying that deregulation was a bad thing from an economic stand point. I’m just saying it set the stage for all the little trucking companies that are out here today. Now, the big guys need to find the next way to stamp out the competition. It is really that simple. I am not saying the big companies don’t deserve to be were they are at. They survived, thrived and took advantage of every opportunity they could. Now they can afford those tighter controls. They already know the tighter controls will make life difficult for the small guy. It just is what it is. My tune hasn’t and will not change.

Business is a ruthless endeavor. Either you are a shark or you get swallowed. The big companies are just trying to make sure they stay that way. All about survival of the fittest.

I will be perfectly honest, I don’t see the guy I am working for as making it. I really don’t. But, then again if he shut his doors today. I would be at orientation somewhere tomorrow. I’m not worried. I’m going to have a job. I’m going to get paid.

Oh, jeez! I missed the first round of popcorn!

What is this that deregulation is "bad"? OK, let's just toss all regulations into the trash bin. Airlines won't need to do so much maintenance. Food companies won't need to worry about how much insect parts are in a can of vegetables. Or even if a 9 oz can is really 9 ounces, I could go on. Closer to home: Are speed limit signs really necessary? Would it be OK if a truck driver could drive through 14 hours non stop, as long as he promises to take 8 hours off before his back haul?

LDRSHIP, I suppose you do support the USA and all that is stands for. In other words you are proud that anyone can get a truck and start hauling strawberries from California to NYC. This is called competition and is one of the foundations of our economy. On the other hand, regulations are mostly there to prevent people from cutting corners in spite of trying to compete/undercut others in the same business. You can't realistically have it both ways.

That's because the small guys are lying and cheating in order to stay in business. They're breaking every rule they can possibly get away with breaking, which were all created to maintain a safe environment.

These small carriers often don't care about maintaining their equipment, following speed limits, hiring drivers with clean records, or abiding by logbook rules. They care about staying in business no matter how dangerous their operations must be. If you want to talk about who is being ruthless, that is ruthless.

That's why the large carriers want better systems in place. Not only do they want a safer operating environment and a better image for the industry, but they want an even playing field where everyone has to abide by the same rules and are held to the same standards.

This industry has become more professional and has attained higher standards over the years. That needs to continue, and I'm confident it will. We don't need to return to the outlaw days of trucking. We also don't need the government stepping back in to dictate rates and decide who can own a truck and who can not.

You're arguing that setting higher standards for safety, allowing anyone to start a trucking company, and allowing rates to be set by the free market are all hurting the plight of the little guy who can't compete. So you think we should lower the safety standards, dictate rates, and dictate who can own a truck so that people can operate inefficiently and still make a killing?

Honest to God I think this is the first argument I can ever remember in favor of wiping out a free market system, setting lower safety standards, and installing a system of Government dictation to eliminate competition and create an artificial supply/demand ratio that hurts the entire population and only benefits the few who have the blessings of the Government.

You do realize that if we went back to a system like that your company could be one of the first to get a letter saying they're no longer allowed to operate a trucking company and must liquidate their assets and cease-and-desist immediately, right? Man, I bet that would go over well.

This is really an odd conversation. I have to say I'm really surprised any of this makes sense to you. If you're just trolling us then you've gotten me good, I have to admit it, because you really do seem to believe your argument somehow makes sense.

Totally, 100% agree with Brett, Old School and Errol. Errol's viewpoint on the subject is exactly what I think. Spot-on!

Patrick you present a somewhat simplistic and Socialistic viewpoint on deregulation...

Although this article was composed by an LTL trucking company, it does a very good job of objectively painting the picture of what things were like before deregulation...

Thanks for the great debate. It's nice to be able to learn something from sources with different opinions without insults being hurled by those involved. TRUCKING TRUTH wins again!

R.D. sneaks this in:

Trucking Truth is a BYOPc operation. You need the bring your own.

Even if distracted, I suspect Errol's keen Spidey-sense will be on you like a tarp on a woodpile.

R.D. sneaks this in:

Trucking Truth is a BYOPc operation. You need the bring your own.

Even if distracted, I suspect Errol's keen Spidey-sense will be on you like a tarp on a woodpile. 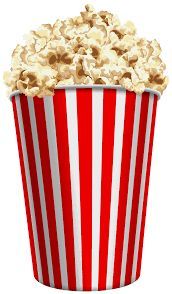 This post sure took a sharp left turn in a hurry! Yes......there needs to be stricter enforcement on drug and alcohol use/ abuse in this industry. Estimated 300,000!!!! That is a HUGE EFFING NUMBER. It needs to be cleaned up ASAP. It will only benefit the quality drivers out here. There is no room for argument on the ORIGINAL subject of this post. ( Plenty of room on the secondary subject.) The Trucking "gene pool" is quite contaminated. It needs a good dose of chlorine.

Deregulation is what it is. I did NOT say it was bad for the economy. I’m saying it opened the door for extra competition . The big companies want that competition gone. It is purely that simple. I am not trying to get into an economics debate or even type of government we live in. Yes, I am making it simple. Yes, I am pointing to only one particular aspect of what all deregulation did.

I’m not saying safety is bad, but I firmly believe that isn’t the underlying goal of proposed changes. It is to stifle the small company. There will never be a “level playing field”. The large companies already hold the advantage with the economy of scale. Being able to leverage fuel, maintenance and purchase discounts. Having a larger pool of drivers to make up for harder enforcement of regulations. This just the latest attempt to drive smaller companies out. In today’s day and age there are even big companies that can’t keep up. NEMF and Falcon to name 2 this year that closed up shop.

I guess in the end it will be an agree to disagree. I don’t think big companies care what the public’s perceived image of the industry is. People keep buying stuff, so....

The big companies are fighting for regulations that don’t even effect them. They already use ELDs. The already have Collision Avoidance Systems installed, they already govern their trucks to under interstate speeds, etc... nothing they are fighting for will effect them. It is all aimed at eliminating the smaller competition. It really is that simple. Of course the big companies don’t want the small companies to be able to cheat their logs. That is how the small guys are staying in business.

If you want to keep the American way of business with lots of competition then these regulations are bad. If you want trucking to go back to a time with loads of regulations and fixed prices, that is exactly what will happen if the big companies get what they want.

Of course the big companies aren’t going to get regulations passed by saying they just want to squeeze out the competition. That would be un-American. So they say it has to do with safety. Then the moron public at large shakes their heads north and south and say what a great idea it is.