What Would You Do In This Situation?

Page 1 of 3 Next Page Go To Page:
Old School's Comment

I think I know the proper answer to my question, but I want to pose it to you guys for discussion.

I got myself in a unique situation the other day. I'm in Delhi, Louisiana on a weekly basis since I'm a dedicated driver for the Hydro (formerly SAPA) plant here. There's a rail road track running parallel with Hwy 80 and it causes some headaches for truck drivers. There are some places where there's not enough room to go over the tracks and get stopped at the stop sign without straddling the tracks. That's just not a smart move. One of our drivers actually got hit by a train as he was leaving the plant. I typically stop before the tracks, wait until everything is clear, then roll over the tracks, make a cursory stop at the stop sign, then roll on through.

Just down the road from the plant is the intersection of 17 and 80. There's a traffic light at this intersection. The other day I was North bound on 17 and going to turn West onto 80. There's room to cross the tracks and stop for the light. I do it all the time. On this occasion as I'm approaching the intersection there's already an eighteen wheeler sitting there at the light, but there's still plenty of room for me to tuck in behind him. There's probably enough room for two more cars behind me, but not enough room for the flatbed truck who pulls in behind me. He straddled the tracks as two more cars pull up behind him.

There we all sit when the crossing warning system starts ringing its chimes and lowering the gates! I look to the East and there's the headlight of a fast moving train coming our way with his horn screaming at us! The flatbed behind me is doomed - he can't move anywhere. He starts blowing his air horn in a panic. I can't move anywhere, and the four wheelers behind him seem oblivious to the danger.

I quickly grab my C.B. mic and try to get the grain hauler ahead of me to roll through the red light - there's no crossing traffic. He pulls up as I follow close behind him. The foolish flatbedder behind me gets clear. Somehow the train came roaring through there with none of us getting hit.

I've thought about that scenario for days. I know how I'll handle it next time. What do you think is the best way to handle that situation? 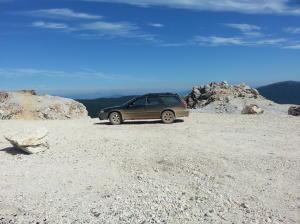 I don't think you could have done it any better. The flatbedder was an idiot and he was lucky you and the guy in front of you could think and act quickly. I'll bet he doesn't sit on the tracks ever again, lol. 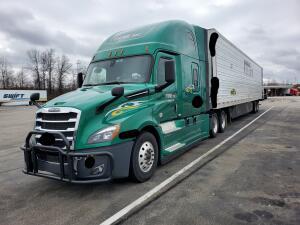 Agreed, UPS trains to always have an out (ride along as helper one year, great experience). Only other option I could think of without seeing that section of road would be to jump curb/oppose traffic to make room. Good to hear no damage/injuries and how lessons were learned well.

There are two such scenarios on routes I frequently take...one of them almost identical to what you described crossing SEPTA tracks.

My approach to them, and the one you mentioned; is to wait until I can clear both the tracks and the intersection (green light). This way you basically block any stupidity that can occur to your rear. Tracks always elevate my "oh-sh**" meter...! Thank the Lord you had a CB.

Foolish is an understatement. I about had a nervous breakdown reading this. Crazy how it seems these days you have to not only drive for four wheelers around you but fellow truck drivers. I've keep going back on forth on this. Since you were already pulled behind the grain hauler im guessing you have no way to pull around him and move up. So I guess the only other answer would be you be the one to stop before the tracks? 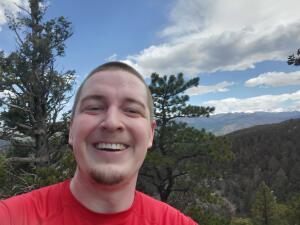 Just to preempt the possibility of it happening again, I'd stop before the tracks... even with room and even though I'm not responsible for the stupidity of a driver behind me, no matter how you phrase it we've gotta look out for each other.

Although I've had this happen where then 4 wheelers will slide around me, fill all the space and still block the tracks but I don't see any way around that really, sometimes stupid's just gonna stupid.

My thinking is what I've said before on this forum: Who is holding the wheel? You did good watching out for yourself and your equipment. The driver behind, responsible for his own, failed a surprise CDL IQ test and you were fortunate enough to get him out of trouble.

As Keith mentions, if you have a chance to help look out for the other guy, do it. And in this case, holding back for safety while two 4-wheelers sneak around in front (because they see the room for themselves), you still make it across the tracks alive, and so does anyone behind you.

Now the question is, if you want to dwell on it, did Driver #2 learn something, or did he simply soil his Jockeys?

As it says "professional" in "professional driver," you can manage the situation by holding back and possibly saving an inexperienced youngin the pants changing event that old school hold turned into a visual learning experience instead as the train passes by harmlessly in front of you and well within the rear truck's visual field.

I would agree with Keith. Unless you had ample room for your truck and another truck behind you to clear the tracks, you should stop before the tracks. However, the guilt is squarely on the flatbed driver for stopping on the train right of way. I was taught very plainly that you NEVER NEVER UNDER ANY CIRCUMSTANCES STOP YOUR TRUCK ON RR TRACKS. This shouldn't even have to be taught, it's just common sense.

I would have gotten the flatbedders address so I would know where to send his Darwin award. (Too mean?)

Advice For New Truck Drivers Driver Responsibilities Truck Driver Safety Truck Driving Stories
Click on any of the buttons above to view topics with that tag, or you can view a list of all forum tags here.