Page 1 of 4 Next Page Go To Page:
BubblesDhaDrivah's Comment

‼This Thread Is For Anyone Wanting To Know More Info On Titan Transfer Inc or Who's Thinking About Joining‼ July 1st 2020 8:05pm Finally this day has came where I can say. I finally chosen my first company home. Titan Transfer has taken me under their wing. I'm overly excited. placed a application just last week. Called them Monday to see hear the status of my application. The nice lady on the phone told me I was good to go! Got me set for the 20th of July. My recruiter called me today to check on me to see if I was still interested. Afterwards he explained how I would get from Memphis to Shelbyville. He told me that either someone picks me from my nearest terminal in Memphis or he could find a greyhound bus ticket to get me to Shelbyville on time. That's unlikely to happen since the greyhound can turn a 3 hour drive to an 8 hour one. Housing & meals are on you. They provide taxis that take to & from the training center all the time that you're there. My recruiter gave me a number to a lady (by the way she was extremely sweet) who has apartments that you can rent out for only $150 a week. Did I mention that this is paid training. You get paid the 2nd week of training and the remaining weeks. So I got housing and pay out the way. Now it's the physical and drug test. I already have my medical D.O.T card,so I'm good. My recruiter will schedule me a D.O.T drug test a week before your leave out date. If you taken any medication or have in the past few weeks or so. Take your prescriptions with you! That's all I have for now. Will definitely update you all as soon as something else comes up.🙏🏼💁🏼‍♀️ 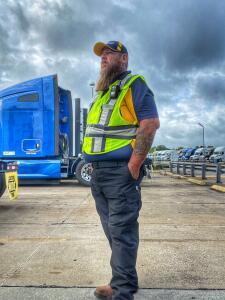 Great news. Best of luck to you.

Congrats. I see their trucks alot but haven’t ever talked to any of the drivers. Now you know when the real work begins. Keep us posted.

Thanks PJ & Big T😃!! And yes the real work begins soon! Super excited. Been putting it off for 3 years now (I'm 24) now I'm mentally & physically ready to join the world of trucking. Will definitely keep everyone posted. 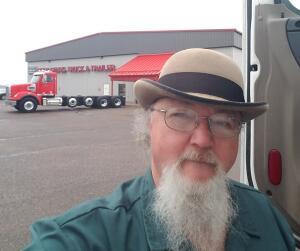 Exciting times - just remember not to get discouraged at mistakes. Just learn from them and drive on!!!

Wise words written by a wise man,Thank you Mr.Curmudgeon🙏🏼😃. Will definitely take this to heart. Trucking is one of my childhood dreams. I will try my ultimate best to keep a leveled head and a humble mind. And plus how amazing can it be to know your not only supplying for others in the world but you get to drive a monster of a machine while doing so.😃

Update was searching up Titan alittle more. Come to find out,they have driver facing cameras in their cabs. Now I'm more worried about my privacy. My husband will be joining me on the road sometimes (yall should know where I'm going with this lol). Just wanted to know do they record when truck is off or in parked? 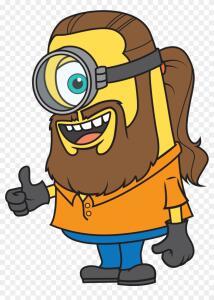 Update was searching up Titan alittle more. Come to find out,they have driver facing cameras in their cabs. Now I'm more worried about my privacy. My husband will be joining me on the road sometimes (yall should know where I'm going with this lol). Just wanted to know do they record when truck is off or in parked?

Generally they only record a few seconds before and after an event. Those events generally include things such as a hard braking, hard turns, etc. And they generally record over the recording over and over until an event is triggered to save the clip.

So yes, it is generally turned on all the time from what I seen from most companies. But only records a few seconds at a time and records over itself. Nothing to much to worry about. Most companies don't mind if you out tape over it for example while you're parked for your 10 hour break. Just take it off when you're ready to roll.

Only if an event triggers it. I guess its POSSIBLE depending on ones....skills.....to trip it. Realistically the only way the camera would trip is if somebody hits your truck. Most companies allow you to cover the camera when the trucks not in motion. Besides, you have curtains for the bunk. Does titan also record Audio or is it only video? Most that have driver facing do audio and video. There's thousands of drivers out there with driver facing cameras. If the camera trips it sends the video to an outside company that evaluates it. If you were doing something wrong such as texting while driving, following too close, or falling asleep behind the wheel the footage is then sent to your company so you can be coached to make you a safer driver. The people that see the videos have so much to view they're not going to judge your singing or take notes of your conversations. That's all truckstop talk. It's not like there's somebody watching you 24/7 waiting to hear you say something bad about your dispatcher or company. The camera is always recording on usually about a 10 second loop. Constantly overwriting previous data without transmitting it. When there's an event that triggers it you'll have about 6 seconds before, and 4 seconds after sent in to be reviewed.

Pull the front curtains closed and the rear facing camera is blocked from recording anything.

Attending Truck Driving School Cameras CDL Test Preparation Company Sponsored CDL Training Driver-Facing Cameras Drug and Alcohol Testing
Click on any of the buttons above to view topics with that tag, or you can view a list of all forum tags here.