I will furthermore add that, should he not choose to join us for personal reasons and you are not willing to communicate our collective knowledge accurately... that you encourage him to network with experienced drivers.

Failing that? Simply take a step back. As others have pointed out, essentially all of your vocabulary reflects very little actual individual will from the source of your son.

Mikey, I am not angry, I don't see that as a productive use of my energy and over many years of working in different situations I have learned to handle things professionally. I first got involved in searching things here and elsewhere to learn about the profession when a good friend of mine who had been a truck driver for about 25 years told me our son was making a mistake, find another profession, he said. I did pass on the advice and our son ignored it, LOL. The only thing we've done besides watch and listen and to search for other job listings last week. How is that micromanaging? All the decisions have been his own. He chose his first company on his own. When things went south a bit, he applied for other positions and he accepted the Dollar General account too quickly but he stuck with his choice. I think he also accepted the first offer from the recruiter from the new company last week too quickly, but that was his choice and it seems okay. Do we watch what is going on a lot? Sure. I used the Helicopter Dad phrase as I was aware of the risk of that and something we are careful to avoid. I was a Scout leader and we saw that in a lot of parents. On the other hand, some parents would provide very little support and Scout leaders would sometimes need to fill in and provide some support. I think we've provided a good balance. We are not managing anything. Yes, we paid for his tuition, we had already saved up money for several years of college so what else should that have been used for? The money is not a significant matter to us. (Actually, our son was afraid we were going to be disappointed in his decision to discontinue going to college and we told him we supported his decision and paying the tuition did show we meant it, IMO.) The comment about being respected in the community was directed to Jared who on page 2 said "if this is real", seemingly questioning my integrity.

Kearsey, his current employer is a large company and made it clear that an inverter can only be installed at their shop 350 miles away. The DM promised to make an appointment to make that happen as Jay passed through a couple of times, but that never happened. Jay would have to pay for the inverter and installation. If there is a heater in a Cascadia, Jay and his former partner were unable to find it, apparently.

Jay got home tonight. His DM said they may have routes covered this week without him so he brought all of his stuff home and might start sooner. He said the DM's assistant told him he would give him a great referral if he ever needed it.

On a somewhat funny note, Jay said tonight that when he got one of his stops that there was some fast food trash in the back of his trailer and he's puzzled how someone put that in there without breaking the seal. Is that normal? :) 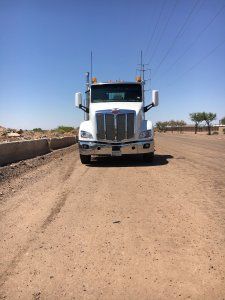 Where have I boasted? When someone questions my honesty I point out that others who know me speak of my high integrity. I don't brag about any of my accomplishments, I consider them blessings to be thankful for.

Once again, get your son to join if he needs help. Third party is a waste of time.

Because you’ve taken every opportunity in this post to tell us about all YOUR accomplishments when none of it has anything to do with your sons issues on the road. And yeah I’m a little skeptical on wether or not you’re a troll. Your son doesn’t like forums or social media? That’s fine, it’s not all politics and ugliness there’s plenty of valuable information on the internet that can be utilized. He’s doing himself a disservice by avoiding sites like this that can encourage and help. My grandpa hates the internet too, he also told me never to eat yellow snow. 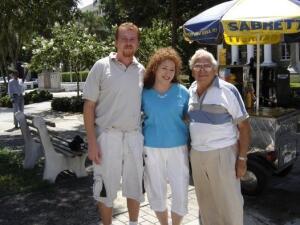 Has Jay looked within Werner for any OTHER opportunities/routes, other than the dollar accounts?

Has Jay looked within Werner for any OTHER opportunities/routes, other than the dollar accounts?

Anne, he didn't look at Werener specifically, he is presently with another starter company but starts orientation next Tuesday for a dedicated fleet with another company that at least some experienced drivers say is great. In his current employer, he had signed up on the company's job listings for about four different positions. He got called first thing on Monday with the Dollar General account and accepted. He has been moving up on the waiting list for the other fleets but very slowly.

Another experienced member has offered their phone number and email and Jay will contact them through that.

I thought he took the dollar general amount 4 months ago?

Like others have said, you have to loosen the reigns a little bit. It seems like everytime your son has an issue, you run in screaming "not my baby!". You can't keep sending him links for different companies because he has some bad days.

His income levels are normal for somebody starting out and learning their craft. Was be supposed to be making 80-100k his first year? That's not realistic.

Being a truck driver isn't just getting from point A to point B. There's a lot of planning and time management that goes into it. These things are learned and if he jumps on this site, he can read it all on his own to absorb it at his pace. He doesn't have to participate or create an account, just read it.

Let your son figure this out. You're making it more difficult by b spinning him circles and then pushing him out.

CR England Werner Enterprises Backing Challenges Becoming A Truck Driver CDL Training Choosing A Trucking Company First Truck Driving Job Reports From CDL Training
Click on any of the buttons above to view topics with that tag, or you can view a list of all forum tags here.