Is There Ever A Good Time To BUY A Truck?

So, I know that everyone here agrees that lease purchases are bad. But what about straight up owning? I’m nearing the end of my one year contract with my training company I found through this site. I’m looking seriously at my options, and I keep coming back to owner operating. I am looking at something in the 2-3 year old age range, and then signing on with someone. I will NOT have a truck payment in this scenario, and I should be able to maintain a good maintenance buffer account. I’ve never owned a business before, but I think it could be worth the risk. Once I would feel it out, I would potentially be looking into buying a second truck and having someone drive it, but that’s not anything in the near future. I’d want to give owning my own truck a few years first.

TL;DR—is owning a truck outright with no payments and arbitrary fees ever a good idea? 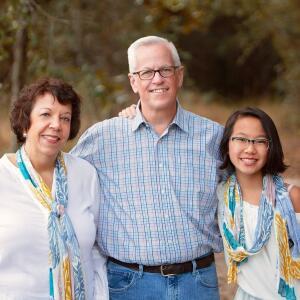 I’ve owned a couple of businesses. One was a delivery business that I was able to sell after ten years. So I’m only offering an observation based on my experiences.

1. Congratulations on all that you’ve survived. 2. Owning a business can be very lucrative, but there are many aspects to learn. In my case, I’d tried at least two business ideas before landing the one really successful one. Plus I had 9 years of managing large departments at financial institutions. 3. I did learn; the lower your overhead, the greater “the upside.” But, I’d also caution you to begin saving ASAP for the dreaded day you must replace your truck. God only knows how soon that day will come.

The others here will likely give you more details. I do believe if it wasn’t possible, there’d be no trucking companies. BUT, I think the mountain to climb is more than most can ever handle.

I’m a company driver and never wanna be an O/O. The biz is too heavily regulated and I don’t want the headaches of the ownership. I respect all who take on the challenge and make it to the top. If you choose to make that move, I hope you’ll be one of those Champions of the business!

Here's the way I think you have to look at it. First ask yourself. "Why it is that you want to own the truck?" Is it because you want to make more money? That is usually why most people consider being an O/O.

If that is the reason, what makes you so confident that you will make more money? How are you doing as a company driver? If you aren't doing that well, then what are you going to be doing differently as the owner? Why not put in that extra effort you think you will as owner while you are a company driver? I'm telling you most company drivers leave a lot of money on the table. They just don't understand how to increase their productivity. They stifle their own progress and want to blame it on their training company's low pay rate.

The guys who want to buy trucks crack me up when they make statements like yours...

I will NOT have a truck payment in this scenario

In business an expense is an expense. It doesn't matter if you spend your cash up front or in payments. You are still out the money. It counts against your bottom line as an expense. The whole reason guys want to pay cash for a truck is because they are afraid they won't be able to cash flow the loan payments. If it's true that you can't produce the kind of revenues to make the payments, then it is also true that you can't afford to lay out all that cash upfront. In business, cash is king. Why do you want to have a truck, but be out that much cash. You may very well need that cash to pay for a new turbo or maybe a transmission or engine. I certainly hope not, but when I owned trucks, it seemed like about every six months one of them needed some major repair. The repairs can be outrageously expensive.

Remember that some of the largest trucking companies are struggling to turn profits in the 5% range. Where in the world are you seeing a bunch of extra money to be made? If you could run a really efficient one truck operation, are you going to be happy with scraping up that extra five percent that you've been missing out on? Where do you see a bunch of extra money? If it were there, don't you think these big players. who have all the advantages of economies of scale, would have figured out how to make it appear on their balance sheets?

Here's an article I'd like you to read. It is about a conversation I had with a successful O/O. He was still driving his twenty year old truck, so his success could be debatable, but it was an interesting conversation.

Confessions Of An Owner Operator

I'd have to say there is indeed a good time to buy a truck. When you have disposable income and can afford to do what makes you happy. Truck ownership is a risk versus reward type situation. There is a huge potential risk financially and there is a potential for higher income. It is however a gamble in both areas. You could make more money or you could lose a ton of money. If you can afford the risk and like to gamble go ahead. If it makes you HAPPY its worth it. If you are counting on the income to survive it's more of a gamble. Like walking into a casino, count on losing everything you put into it and consider yourself lucky if you end up with more money than you invested.

Something about this has come to my mind several times when this subject has come up but I haven't read it mentioned before.

My son once mentioned he would like to some day own his own truck. I told him that most drivers say it's a bad idea and I agree with that. But one reason I don't see brought up is that there is likely going to be some periods of time when there is a slowdown in the business just like any other. If a company is hiring owner operators to supplement their own fleet and there is a slowdown in volume it just seems to make sense that they would keep their own fleet running first. Some companies push leases more than others. It seems that this is a way to increase the trucks at their disposal without the overhead they would be stuck with if/when there is a slowdown.

Im guessing that you would probably want to put together a cost workup. If you can gather your expenses, overhead and direct costs of ownership, then figure out how much revenue you would need to cover those costs, but also keeping in mind that the more revenue you bring in, the more costs go up, such as fuel, driver salary, repairs, consumables, etc. after that, you want to figure out how much revenue you bring in so that you can actually make money. In addition to that, Most businesses buy or lease on payments because its a much better write off, and keeps cash flow up. If the business doesnt have operating capital, it cant effectively stay in business.

Ive thought about doing an O/O in the future, but only once I had passive income and additional sources. The only reason I have is because I would want flexibility in schedule without relinquishing my truck. There is no path to doing it though with it being the sole source of income. Even a cursory look at the numbers tells me that just to break even and cover costs, that I would need to be working essentially all of the time. Im a long way off from having sufficient passive income to semi retire though lol.