I basically moved after I was hired. My terminal has a very difficult time getting me routed to my home in the south. Especially in winter, Denver freight is north and west for the most part for us.

I personally enjoy running in the south, I like being productive and running. The heat doesn't bother me in the summer and I've reached a point in life where I just don't feel like dealing with the cold and snow. That's a contradictory position to what I lived under in the construction world but it's where I'm at in life.

My DM and TM bend over backwards to get me home but it's difficult for them to. I compound the problem by having a home still in Colorado. A solution I tried was to take my home time at our Dallas terminal and fly to Denver and back. It worked for one load, and then gradually routed north and west again.

I really appreciate my relationship with my terminal and don't want to transfer, let alone switch to a different carrier, but at the same time, I've driven enough to begin developing some preferences. Ive done a lifetime of hard labor in cold brutal winters and really don't enjoy it. I'd rather spend my days driving with a smile on face and happy.

For now I guess I'll just grin and bear it, I'm coming up on 100k miles soon, and my first year after that, I don't want to do anything before that happens. I don't want my terminal to have to jump through any more hoops than they already do for me.

I find this funny. 1 year ago I was enduring a very difficult winter in the northeast. I decided to move further south into Lower Slower Delaware (aka LSD). In a one week period we’ve had a total of 18” is snow, temps in the high teens and low twenties... it followed me. Very unusual. OBTW, where I used to live? A dusting.

I’m sure it will level out and average 12-14’ warmer than my previous residence... but for now?

This is what I woke up to Last Friday morning 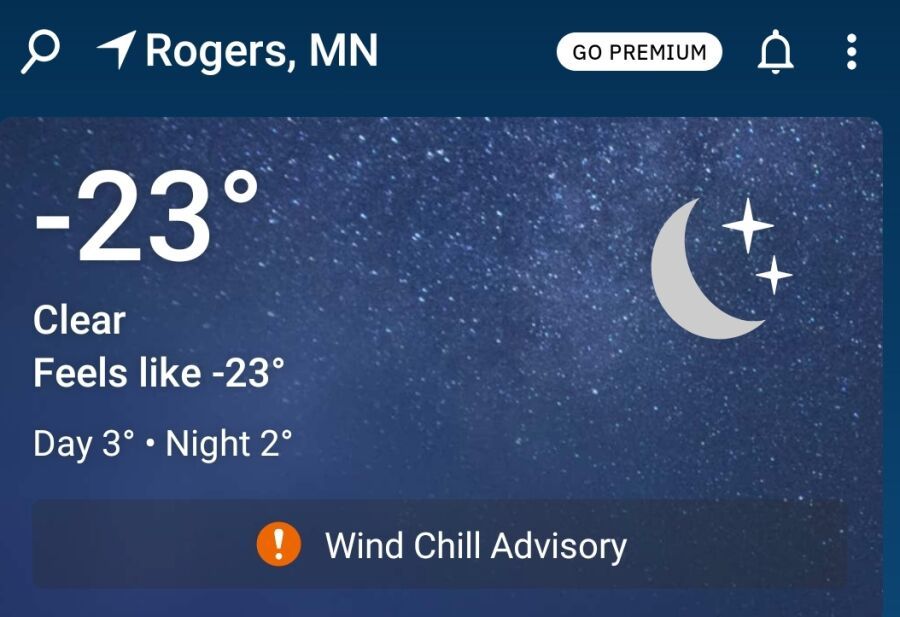 This is what I woke up to Last Friday morning

Welcome to my neck of the woods lol. We’ve been under a wind chill advisory for the last 10 days or so with wind chills sticking around -40 and actual temps -20 to -25. My wife said it got up to 1 yesterday which is a heat wave lol. When the wind isn’t blowing, it’s not too terrible so long as you stay covered up by one of the big problems was everyone clamoring to find DEF as many of the pump systems froze up.

Haha!!! Yeah, you gotta really enjoy the cold up here. The winds come down out of Canada, down through Montana and don’t stop until they hit Chicago. Even pulling grain hoppers gets to be a challenge at times because although all we do is roll the tarp open and closed, it doesn’t want to cooperate at those temps. The open deck guys wind up leaving out with folded sheets of frozen tarps because rolling them is an absolute pain. There’s a city up northwest of Duluth that does their polar bear challenge on New Year’s Day. A few years back, the wind chill was -65 when they had it and those crazy fools were still out there diving right in.

I stayed in all of last week because of the weather. I worked 1 day to cover the benefits. I think I grossed just under 400 dollars lol

I'll stay home until March if they let me.

To be fair denver was so hot last year. I usually go to Denver a couple times a quarter, but last year I didn't go there at all the second half of the year. Every time I looked they were around 100 degrees.

They where looking for volunteers to cover some loads from Billings MT to Fargo SD I looked at the weather in Fargo and it was -20 with a wind chill of -32.... I decided not to volunteer

I don't know. I have a dream, maybe that's the fools gold of being new in that we all think we will reinvent the wheel, and I'm just a dreamer. But I think there's a better way than the status quo.

I moved south for that reason, perhaps I just have an obsession with comfort. But again, I question the mindset that we blindly suffer the weather and cold because it's just how it is. Is it? Is there a better way?

There's an old saying "you don't have to shovel heat"

In a nutshell, I just want to live and work primarily south. I think it's possible, but maybe not. Perhaps I sound crazy. But I'm not demanding it, I don't think I'm entitled to it, rather I just think it's possible with the understanding that there's a tradeoff for everything. And in the meantime there's still the issue of hometime that isn't working too well right now.

I probably sound like Im nuts, but I stayed doing something that I was unhappy doing for a long time, i think it's possible to do what I like to do, where I like to do it. One can hope anyway.