What Are Some Tricks Of The Trade For Checking Tire Pressure?

I am still learning odds and ends that the vets use in this line of work. Do you guys use certain things or your own procedures to check tire pressure? The guy who trained me for instance banged on the side of the tire with a rubber mallet and somehow knew if it needed air or not. If that isn't good enough what else can we do? If I have to actually check the pressure does it have to be a specific guage meant for truck tires? Or will any standard tire pressure gauge for example like a car would use work? Also is there any special technique with the guage to check the pressure on these truck tires?

You're going to need a specific tire gauge for truck tires. They sell them at truck stops. You need to wait until the tire is cold, so first thing in the morning is best or when you've been sitting for a while. Use the spec that's on the tire for the correct pressure to use.

As an o/o, i honestly use the tirepass at loves before i roll out in the morning. They charge 5 or 10 bucks to do the tractor tires. Most of the time, i just tip the guy 5 bucks and he doesn't charge me.

My 1st company, had contract with Love's, so we got free tire pass checks.Every trailer we got, we rolled to a Love's tire pass Island, fueled while they checked tires with their machine... NEVER had a tire blow in 22 months, if they found bad tire low on air, usually we got em replaced etc if needed. And if we found bad tire(s) upon 1st pre-trip after picking up, same thing, go to Love's have them verify and get authorized to repair/replace usually....

Now, my 2nd co-driver was an idiot, so most tires we got replaced, was because HE damaged them !! Hit curb dented rim popped tire. Forgot to release trailer brakes once, and he drug the tires, and damaged 2 on same assembly..The tread was dragged down into the threads/bald spots in same spot on both tires it was obvious he drug em that way ! He never owned up to these and other things he tore up, cab extender he turned too tight and broke it.

His worst mistake, he come into a small pilot in Jersey City, too tight and hit a double-parked truck on the center island in the red zone, and got a ticket for it. He later got changed to obstructing traffic. He didn't even look where he was going and I was in the passenger seat and see he never checked his mirrors....65 years old n he thought he was good enough to be a trainer haha.

They sell tire gauges for that too long and reach inside tire without them extensions on the valve. I have 3 of em from over the years. And NO, the car type won't work, they don't read that high of tire pressures

We lease from Ryder, now I have drove to their service centers, I have never noticed of they fill them or not, I don't see a machine, I think they only do fuel and actual repairs.

Nothing tricky about it...

I highly recommend not relying on a third party to check your air pressure.

Here is a set of photos of a heavy truck tire pressure gauge: 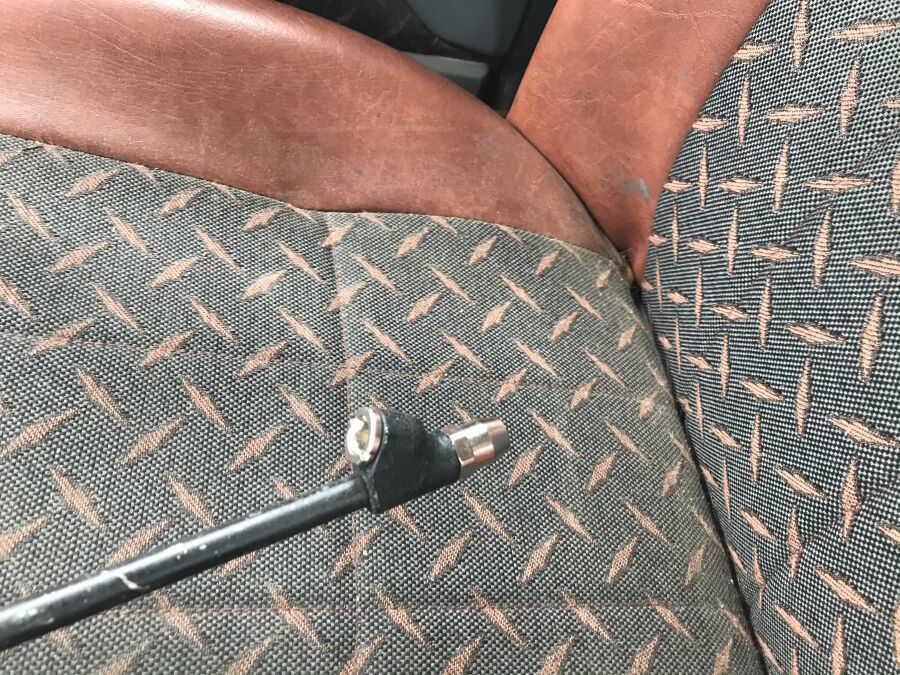 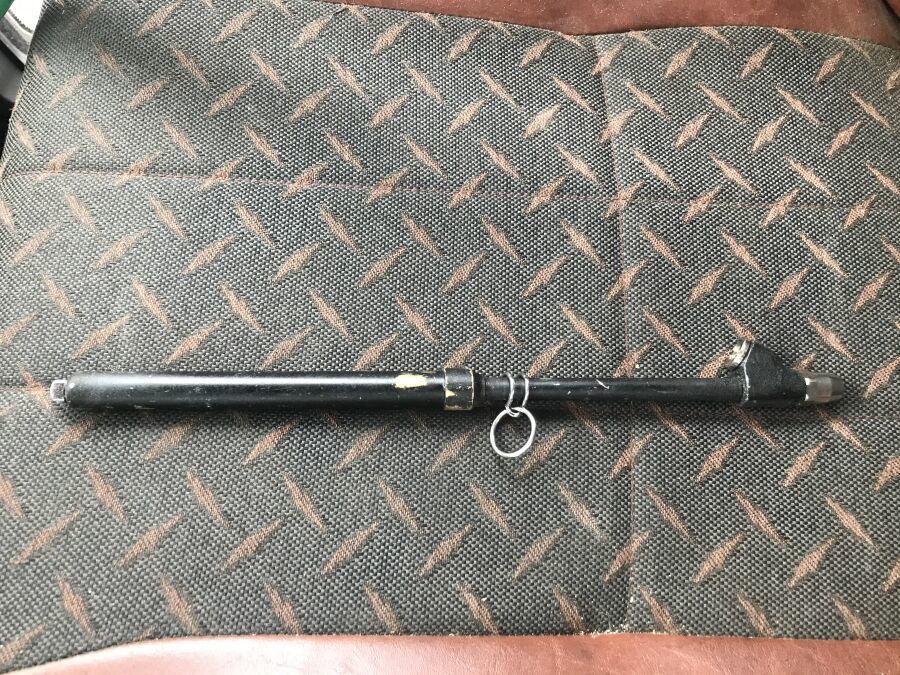 I believe this was purchased on Amazon.

I was told not to thump the side of the tire, only the tread. Is that correct?

Hitting the tires on the sidewall will damage the tire just like hitting a curb will. Hitting the tread will not give you a true pressure reading. Just buy and use the correct tire pressure gauge that G-town posted a picture of. Some trucks and trailers have a central tire inflation system on them and you do not check the air pressure on them, the system handles it.

I have not been able to find a calibrated hammer, or foot to check accurate tire pressure.

The gauge GTown showed is what I have. Got mine at a truck stop. CFI wants 100psi per tire. DOT considers 80psi, or less, flat

We have a auto inflation system that handles it for us, once you release the trailer brakes it will inflate all tires to 100 psi should they need it.

This is why most tires are very expensive. They are inflated.