Page 1 of 7 Next Page Go To Page:
G-Town's Comment

As the story goes, best made plans don’t always go the desired way. No different with me; my intention and also understanding was to be assigned the next available PFG route covering south-eastern Delaware and parts of Eastern Shore of Maryland. Shore routes.

Initially I was running overnight doubles shuttle service between the primary terminal in South Jersey to the satellite yard in Lower Slower Delaware. As it turns out...action is way louder than words. Two openings were filled...while I was still running shuttle. I totally understand PFG is running a business and rightfully so, my shuttle was in their minds, running successfully. Why fix that which isn’t broken. Perhaps more difficult to fill than a route assignment.

I loved running doubles...absolutely loved it, but honestly and humbly admit that driving from 17:00 to 04:00 every day wasn’t my cup of tea. I believed that over time I’d adapt, adjust, get comfortable with it. Wasn’t meant to be...and an obvious physical limitation (turning into a zombie at 02:00) that remained after 4+ months, was addressed.

As necessary...I too made a business decision and began to explore other options local to southern Delaware. Didn’t take too long. I landed a job in early January with a company called Blue Hen Organics (BHO) with primary responsibility to transport mulch, tree grindings (from building sites), wood chips, compost, topsoil and eventually heavy equipment moving from job site to job site (already had first lesson and experience with this).

Secondarily, operate heavy equipment loading my truck, loading other trucks and maintenance of our ginormous yard. There are 10 employees of the BHO division; I’m one of two CDL A drivers.

I start my day at 6:30AM and typically finish before 5PM, M-F, occasionally Saturday morning. I’m like a kid in a candy store driving a kick-in’ Mack Pinnacle with a 10-speed Eaton trans attached to a 48’ Peerless Walking floor trailer. I’ve also become proficient running a wheeled loader with a rollout bucket. I’ve experienced driving and maneuvering (slowly) a loaded semi off-road...challenging most of the time, occasionally precarious.

First things first, for you Anne... the walking floor: 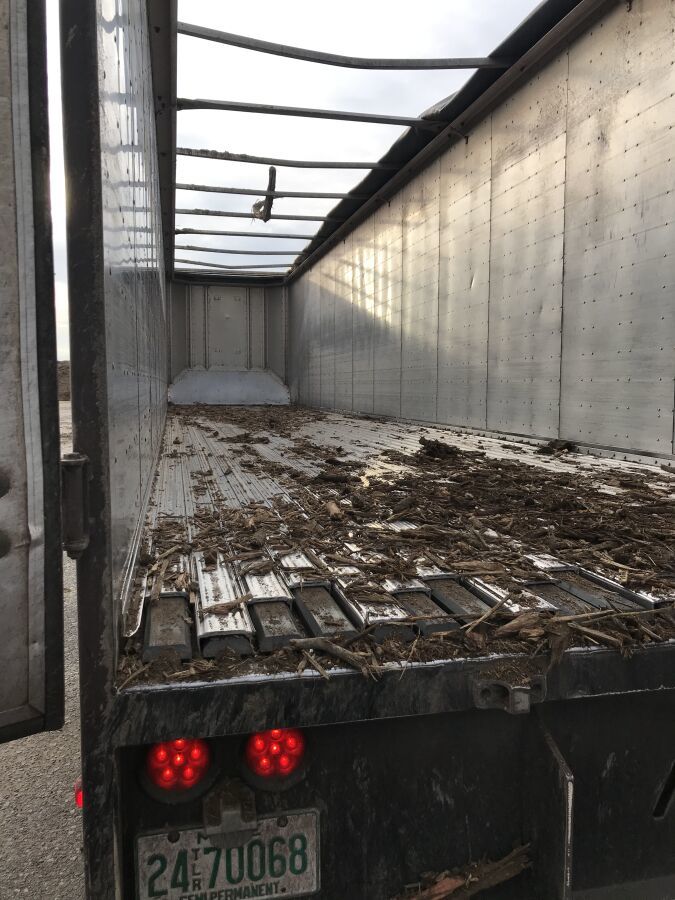 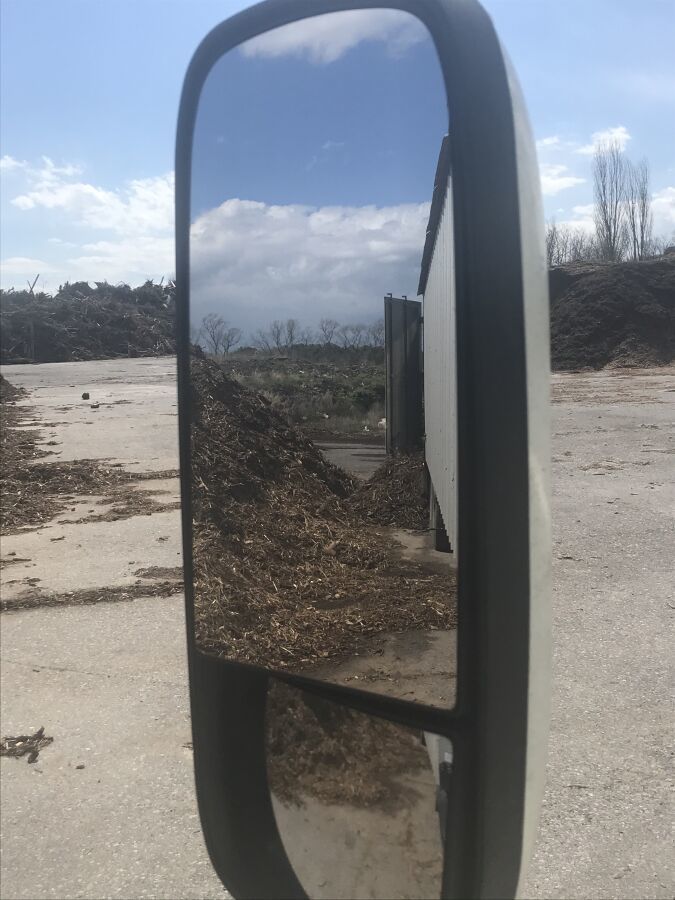 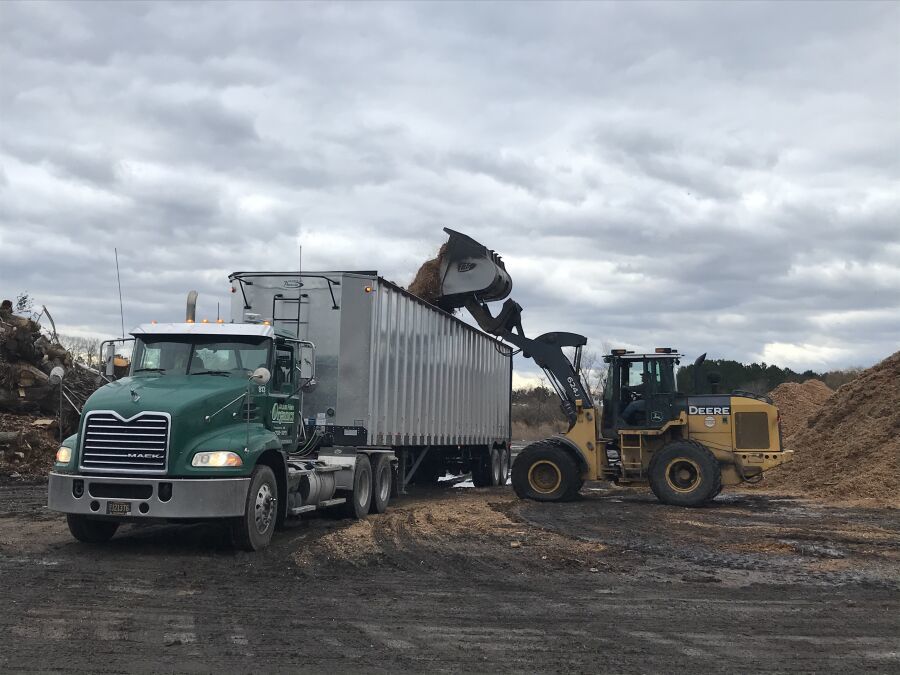 The primary person a driver communicates with at his/her company. A dispatcher can play many roles, depending on the company's structure. Dispatchers may assign freight, file requests for home time, relay messages between the driver and management, inform customer service of any delays, change appointment times, and report information to the load planners.
Harvey C.'s Comment

I hope you follow along...your perspective will be interesting.

I'll definitely follow. I mentioned in another thread that Michael will probably need something eventually that keeps him closer to home since he wants to find a girl and start a family some day and this might be the type of thing he would look into. For now, he very much loves being on the road in a sleeper and seems to handle all kinds of irregular schedules.

I hope you follow along...your perspective will be interesting.

Thank you SO much, G'Town!!! You always come through. Wow, the inside of that trailer!!

Congratulations G!!!! Glad you found a great fit with awesome hours. That gig would be right up my alley being a former landscaper. I’m Already very familiar with the equipment and materials your playing with. I doubt I’ll ever leave ABF but I would look for something like that if I ever was to move on.

One of the great things about trucking is there about a thousand different options to chose from.

Glad you are happy so far!

I'm very happy that you have found a niche that fits your goals. You are the kind of professional that will be successful no matter where you work. A real plus is the Bulldog with a stick and no auto to deal with. Keep the great guidance and help coming no matter where you drive.

Nice gig!! Sounds like there is a lot of variety and some new toys to play with.

Congrats on the new gig.

Dedicated Jobs Driver Responsibilities Home Time Local CDL Drivers Photos Trailers Truck Equipment
Click on any of the buttons above to view topics with that tag, or you can view a list of all forum tags here.