My Horrible Experience With Schneider Training Center In Phoenix AZ, Read Before You Apply

Hey Rookie, when you first posted here I suggested you drop “the Great” part. Now I’m totally convinced that you are not “Great” but rather a malcontent whiner, among other things. Maybe you can establish your own trucking operation and do everything right that Schneider is doing wrong. Provide your trainees with gourmet meals and a more friendly staff of trainers and hotel personnel. Maybe build an indoor, climate controlled practice range so the students and instructors can be 100% comfortable 100 % of the time. You failed because you have a horrible attitude, not because Schneider mistreated you.

My favorite complaint of the whole rant!!

I wrote it because it was obvious Someone in operation center management level has a deal with that food truck and god knows how much they were billing Schneider for the trash they were serving trainees. You or some people maybe ok to be put under 120 degrees sun for 7 hours a day and fed crap in the name of training, but it doesn't apply everybody. Either someone was billing Schneider and actually were not supposed to be served that, or Schneider really cannot afford a decent man's meal for its trainees abd better to reconsider if they really want/need more employees.

Who cares if they have a deal with the company and what they're charging. Were you responsible for paying? Didn't think so. Almost everybody can agree many trainers are not good trainers. That's nothing unique about Schneider. The way I read your post is you're expecting to be fed a 5 course meal and stay at a nice hotel. Sure, all that would be nice but why would Schneider (or any company) invest that kind of money with such a high turnover? There's so many people that don't make it through orientation and that just adds unnecessary expenses. Maybe while we're at it Schneider could build a huge indoor area to practice that's temperature controlled. If you didn't think being outside in Phoenix in the summer was going to be hot that's on you. I'm still not sure how somebody hitting your car at the hotel is Schneider fault. Don't you have insurance? If not, that's on you. In regards to the food being different than what you thought it'd be just know things change all the time. How was your ground chicken patty cooked? I'd wager a guess they formed it like a burger and threw it on a grill. Is that not a grilled chicken sandwich? Perhaps you and the guy that complained about DART serving bad BBQ sauce should compare notes.

Weve had many members here get their start at Schneider with no problem. Hopefully you're able to get another chance elsewhere, but having been sent home it's going to be harder to land your next opportunity.

LMAO. Damn, people are so freaking soft and have huge senses of entitlement. Either his Majesty changes his attitude, or I doubt he will be around the truck driving industry very long.

My favorite complaint of the whole rant!!

I wrote it because it was obvious Someone in operation center management level has a deal with that food truck and god knows how much they were billing Schneider for the trash they were serving trainees. You or some people maybe ok to be put under 120 degrees sun for 7 hours a day and fed crap in the name of training, but it doesn't apply everybody. Either someone was billing Schneider and actually were not supposed to be served that, or Schneider really cannot afford a decent man's meal for its trainees abd better to reconsider if they really want/need more employees.

It's the law that you be licensed in the state you reside. Most states give you 10 to 30 days after moving to update it.

For those entering the industry this is a great example of what NOT to do. Orientation and training is one long job interview. Everything you do will be critiqued. If you can't get along with people and behave where you know you're being watched how are you going to act on the road with nobody watching? You're dragging around a giant billboard for your company. My guess is you went there and instead of being focused on learning you were focusing on what you felt they were doing wrong. Schneider has helped many people get their trucking careers underway so they must be doing something right.

I don't know where you are from, but most companies expect you to "do it their way or no way." You don't like that idea? Then go buy your on truck.

They were kind of Our or No Way. I bet they cannot treat experienced drinew hire or not the same way, so they were putting all their ego on zeeo experienced new hires. They can enjoy their high turn over rate... Train new drivers, Make them hate you, Loose them as soon as they find a better or even similar opportunity, rinse and repeat!!

“Great”; we placed you in moderation. Nothing you have posted is worthy of approval. If I thought there was a possibility of any rational exchange with you I’d pick your posts apart because they’re fraught with meaningless complaints and half truths. You reap what you sow… Your attitude sucks darts… that is your biggest problem with Schneider. 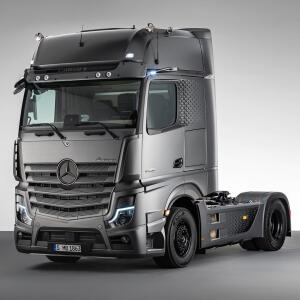 Maybe another traumatized veteran like my instructors and took offense of my post, right? Ok, Good luck, you're the good guy

Maybe another traumatized veteran like my instructors and took offense of my post, right? Ok, Good luck, you're the good guy

Maybe you should go serve our country like MANY on here have, and get your CDL for free?

Schneider National Advice For New Truck Drivers Becoming A Truck Driver Hard Lessons Learned On The Road In Training
Click on any of the buttons above to view topics with that tag, or you can view a list of all forum tags here.