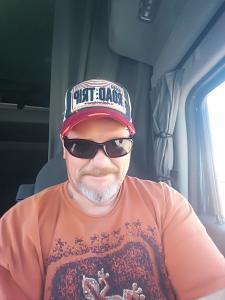 A crazy video to remind everyone that when the roads are bad be aware, be alert, and slow down! No load is worth injuring, or possibly even killing yourself or others! Be safe out there brothers, and sisters! 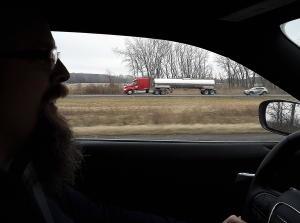 Yeah I know! It's like they didn't even see the chaos ahead of them, or they just felt invincible and they just kept going full speed ahead! I have never seen such a large scale display of stupidity, and total dumbassery! Your absolutely right! At least 80% of the accidents that happened that day could have been prevented! It would be a real miracle if nobody was seriously hurt that day! And for what?? What load is worth possibly hurting yourself or someone else over, and loosing your career for?? 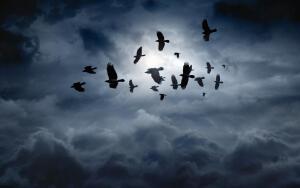 Two types of problem drivers I’ve noticed in winter. The guys who have never seen snow and are white knuckling it-when a situation happens, they make the wrong choice. And the guys who don’t respect snow-they overestimate their skills and also wind up in situations they can’t handle. Gotta respect snow, but can’t be scared of it. Winter driving is all about common sense.

This is a great example of why having a CB radio is so important. Imagine how differently that would have turned out if everyone had their CB on.

Why in the world would they be driving so fast on ice in whiteout conditions?

This video shows the difference in knowing:

It seems everyone was moving along just fine at a pretty good rate of speed in those conditions. You can often do that, especially if you're good on snow. But you can never make assumptions out there, and that's exactly what everyone was doing. They had to have known they wouldn't be able to stop if suddenly the road was blocked ahead of them.

I think those drivers were really surprised, after it was too late of course, to realize just how little visibility they really had. I mean, some of those trucks barely started getting on the brakes a few seconds before impact.

Everyone needs to have a CB radio and keep it on. 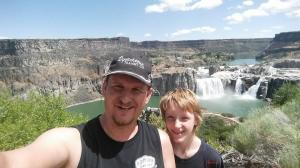 My Nephew and I Both left Oregon heading east.. I checked weather conditions and made the choice to head up through Montana during that storm.. He did not.. Luckily he arrived late to that party and was just stuck in the jam for a few days.. I missed it all together.. Brett Aquila is right tho.. Having a CB and turned on low could of prevented the Chain reaction that proceeded after the initial accident.. Pile up like these are becoming more regular in this industry.. 30 pile up in Indiana, Big one in Baltimore.. Distracted driving is the biggest culprit.. Put the cell phone down..

I do not worried about a driver losing his job. I’m more concern about defenseless drivers in smaller vehicles losing their lives.

Everyone needs to be alert and cautious when driving this winter. Yes. If you have a CB leave it on in the bad storms.

Thanks for bringing this up.

Distracted driving is definitely the culprit here. Can they not LOOK OUT THEIR FRONT WINDSHIELD? Complacency is a factor also. Very scary thought that drivers would not SLOW DOWN in this type of weather. Seen it years ago in Wyoming, big crash a lot of damaged trucks and trailers, loss of life.

Too big a hurry. 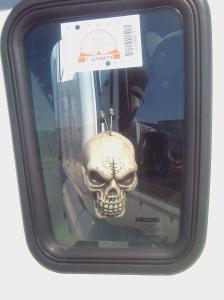 Growing up in Wisconsin ... well need I say more, I just that I learned to like the snow and cold until I could make my own choice to move out of it.

Which took me to the southwest and for a number of years it was great just looking at the mountains with all the snow up there, but not having to deal with it like I did in Wisconsin.

But then the reality of driving a big truck in this stuff hit me when I was training in Salt Lake City, and one time during this training they took us to the mountains, and on the day we went they got hit with a sudden snow storm and we needed to chain up. We had a trainer who chained trucks for 30+ years out of SLC and he was to say the least a true expert.

I know there are a number of opinions about chaining up and driving in bad weather, just let me say this.

I made a choice to do this job, (in which I never regretted) I also made a choice to deal with everything this career would present to me. These choices are what led to my success in this business. I am not saying that my choices would lead anyone else to the same success's ... you all with me on that.

I learned by the school of hard knocks, I made plenty of mistakes. Fortunately for me they were not bad enough mistakes that ended my career early, like it does so many others.

As bad as the road conditions could ever get, even to the point you can't get your truck to move from where it sits... (now that's about as bad as it get's in my opinion, unless you are stuck in the mud somewhere on a rainy day) you need to make good choices, but I always kept one perspective in my head in all conditions. Except for warm, dry, conditions... ( so stay with me on this) which would include driving in rainy up to icy road conditions, I would treat everything like I was driving on ice. Yes I took it all the way to the worst condition of all ICE. Growing up in Wisconsin, learning from watching my parents drive in this crap, and then my own learning experiences, there is never a worse feeling (EVER) when driving any vehicle then the time you put your foot on the breaks and nothing happens.

At that point you have lost complete control of your vehicle. Not a good situation for anyone.

I was sitting in Laramie, Wy. during a bad storm. They had I 80 shut down (common during the winter get used to it) and after about 10 hours they opened it up. The speed limit can be changed it that part of I 80 to match the road conditions, and on that day they had it down to 35 mph. As we cursed, about two hours into this low speed crawl with hundreds of trucks nose to tail, someone sees a trooper in the middle of the freeway and decides to hit the breaks. It was a miracle I didn't get hit, but let me just say it was not a good day for a lot of other drivers. You can find plenty of video from plenty of mishaps on this stretch of highway on the internet if you want to see what I am referring to.

After training new drivers for a number of years I learned everyone learns at a different pace. Some pick things up quick, some take a bit longer. This is just a fact.

Some make the choice to face their fears head on, some never do. I never judged anyone on how they wanted to live their lives.

As a rookie driver, driving in my first Winter is something I have some trepidation about. Those rolling two lane county and state roads are more of a concern to me than the highways.