With all the knowledge and experience on this forum, I’m curious to everyone’s thoughts and opinions to how this could affect the industry in a positive (or negative) way. 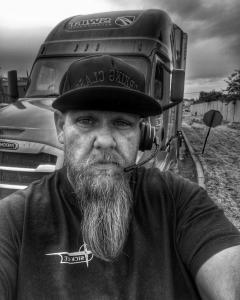 This is ridiculous. When I got hired I was told I was going to get paid x cpm. I agreed to work for that rate. Now because I can't figure out how to run enough miles I'm going to sue because I'm not getting paid to sit on my butt.

People think that is ok? This is only going to help the rats that spend their time complaining instead of driving.

Another complete waste of the Court's time and resources, and yet another example of a failed driver feeling entitled to something not earned. A successful driver determines what they make out here, and it's far more than minimum wage.

If you can't get it done within the parameters you agreed to, go back to your hourly job.

I agree with the guys above. This argument has been going on for decades. Personally I love mileages pay and I think it's a big win for everyone when drivers are paid this way. I also want to crack someone over the head with a 2 x 4 when they say things like "trucking is like slave labor" or "I'm barely making minimum wage" when the top 20% of drivers are averaging over $70,000 per year and even rookie drivers are making $45,000 - $50,000 their first year. I wish I could put them in shackles and treat them like real slaves or eliminate their mileage pay altogether and pay them minimum wage for all of their on duty time.

I did a short podcast that explains my view on mileage pay and even lists some advantages to being paid this way:

If you aren't in a position to listen to the podcast, the transcript is also on that page so you can read it word for word.

It's impossible to put a number on how many people have quit trucking over the years because they simply couldn't wrap their tiny brains around the concept of being paid by the mile. They felt like they were being cheated. The reality is that mileage pay includes enough pay to cover the cost of any labor required or any sitting you will do on an average run. They just lump it into the mileage pay.

My dad made an incredible living for 18 years working at a steel mill. He was paid "piece work" which means he was paid by the number of pieces he produced. I made a fantastic living in trucking for 15 years and the overwhelming majority of the time I was paid by the mile or by the run. Only a couple of times was I paid by the mile when I was driving a dump truck, and I didn't make nearly the money at those jobs that I made driving a big rig.

I can promise you one thing - if they did require trucking companies to pay by the hour the average pay wouldn't change at all. They would simply drop the mileage pay a little bit and pay hourly for the other time you spend on duty. In the end you would make the same. All they would be doing is breaking it down differently so the tiny brains feel like they're no longer slaves.

We always emphasize the same thing here at Trucking Truth - if you work really hard, make all of your appointments safely and on time, maximize the use of your available time, communicate well with dispatch, and form strong relationships within your company you're going to make fantastic money, drive new equipment, be treated really well, and get a lot of special favors along the way.

Be awesome at what you do and be an easy person to get along with. In the long run you'll be ones of the leaders of the pack. You'll make top wage and get treated really well. That goes for any career out there.

For the amount of work truckers do and the responsibility they have, $812 IS SLAVE WAGES. You're much better off staying home and flipping burgers - but for that amount of $$, you would be HOMELESS (or living in your car - which is way less comfortable than living in YOUR TRUCK).

Now - most people would agree their should be adequate compensation for time spent NOT RUNNING, that is beyond the control of the driver (detention/layover/etc.). But the people that whine about this (hourly wage) the loudest - are people WHO DON'T WANT TO BE PRODUCTIVE.

The sad part is - enough of these frivolous lawsuits that succeed - will SCREW THE PRODUCTIVE DRIVERS TOO. Would anyone here, that's grossing $1,200-$1,500 a week, want to continue in this trade, for $800 a week, if companies are forced to pay minimum wage?

Weird places (like Cali) have forced this on some local companies (for example, drivers on the ports).

As with any lawsuit - the ONLY PEOPLE THAT BENEFIT ARE THE LAWYERS. Which is not to say some of the suits against companies with egregiously fraudulent leasing practices weren't good - it helped straighten that segment of the industry out a little (not that anyone should lease ANYWAYS).

The LAZY ENTITLED WORKERS, are going to screw it up for those of us that are willing to be productive workers - then everyone will be stuck earning SLAVE WAGES (because that's what $7.25 an hour ACTUALLY IS).

If you can’t make more than that actually working, maybe you are in the wrong field.

everyone will be stuck earning SLAVE WAGES (because that's what $7.25 an hour ACTUALLY IS).

Clearly your definition of slavery is much different than most peoples. It's quite sad how so many people try to compare low wages to slavery. Last I knew there was nobody FORCING these individuals to work for that wage with threats of violence or DEATH. I'm tired of everyone complaining about their wages. Sure we all wish we made more money, instead of trying to have everything handed to them maybe they should do something about it. I've had a few low paying jobs and it pushed me harder to better myself to make a higher wage. If these drivers can't cut trucking and make more than 812 a week maybe they need to re-evaluate what they're doing. Both of my driving jobs have paid hourly and sure it's nice being paid to sit in a dock but there are many drivers who take advantage of it. I've seen quite a few drivers of other hourly companies "hiding" somewhere after being loaded to get extra time in. To them it's a game of what they can get away with and for how long. I'm always trying to minimize "wasted" time because if too many people milk the clock without producing surely the hourly pay scale isn't going to be around long. The only benefit to being hourly is my paychecks are much more consistent. As a local driver I'm getting roughly $1500 a week for a 4 day work week putting in 50 hours give or take a couple. The only time my paycheck fluctuates more than a hundred bucks is if I work an additional day and what time I clock in for my Sunday route. Sunday is start of the new pay period and if I clock in before midnight it goes on previous weeks check.

Clearly your definition of slavery is much different than most peoples. It's quite sad how so many people try to compare low wages to slavery. Last I knew there was nobody FORCING these individuals to work for that wage with threats of violence or DEATH.

I was relating to the fact that many people complain here, about "being paid slave wages". Not making a (political) comment about owing human beings, or forced servitude. Let's get REAL here.

This is exactly where I was going with this personally. I feel that this could in fact lower those salaries of drivers that ARE productive and raise the salaries of those that are NOT. That was my biggest concern in all this.

Keep in mind I have 0% driving but know how business works. If you add one thing, you are typically going to take from another.

Thank you for your opinion on this Brett

I can promise you one thing - if they did require trucking companies to pay by the hour the average pay wouldn't change at all. They would simply drop the mileage pay a little bit and pay hourly for the other time you spend on duty. In the end you would make the same. All they would be doing is breaking it down differently so the tiny brains feel like they're no longer slaves.

HOS refers to the logbook hours of service regulations.
Page 1 of 3 Next Page Go To Page:
Return To General Category   Trucker's Forum Homepage

PAM Transport Becoming A Truck Driver Truck Driver Salary Trucking Industry Concerns Trucking News
Click on any of the buttons above to view topics with that tag, or you can view a list of all forum tags here.