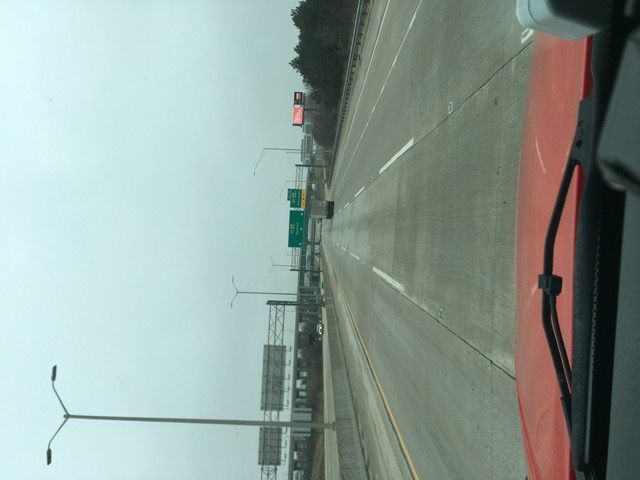 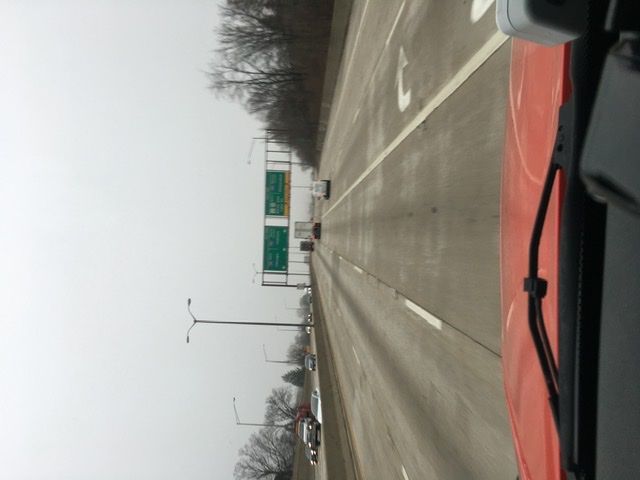 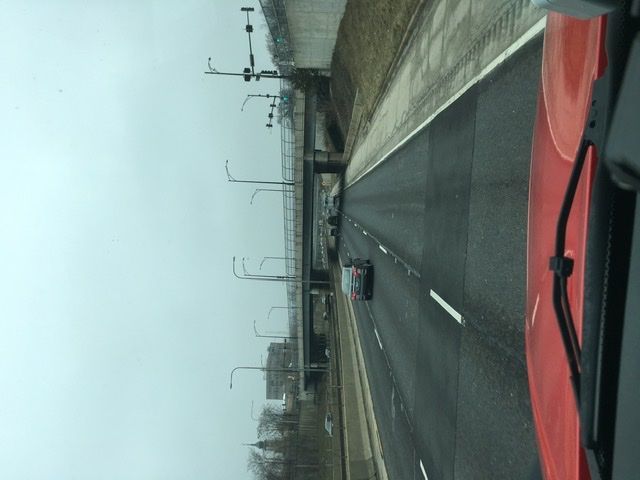 Bill, I've noticed the same thing in Denver, CO. I essentially don't have to plan at all around traffic delays in town currently which is honestly just a nice breather, even if it's not a good sign of things to come.

Just came in off the road. We ship food to restaurants, grocery, institutional, etc. Loads are not down, not up, staying pretty steady. So far. I expect changes next week. I'm retired and disabled, so I can survive without this job. The economy is getting CRUSHED. We won't come out of this for a long while. Derivatives are coming into play again (big issue from 2008). Oil war is ugly. Minor bank runs by the rich (in the Hamptons and NYC). Preview of events to come? Dollar soaring. Market tanking. Fastest ever, even worse than before the great depression. Yields falling badly. FAR below record lows. Guess when you yank the worlds economy to a halt, things happen. I expect hedge fund failures this week and next, bank failures the following week. Multiple country's recessions will roll into a global depression. Financial hit will be worse than the actual virus. A LOT worse. I can't express how much worse. For you financial types, there is a $12 trillion margin call happening RIGHT NOW. Plant your garden now. Find a way. You WILL need it. I have planned for this. Have cash for the transition of the economy. As hyperinflation starts occuring, I'm switching to junk silver (old money that actually had silver in it.). Inflation will occur when there is tons of money floating around (i.e. Remember, think global stimulus money) and the desired goods/services are minimal. THEN people spend increasing amounts to get the few things. Food will be hoarded, that's happening now. There will be less and less available as the summer/fall advances. In the near future, watch for bank runs, hedge fund failures, bank bankruptcies due to a TON of business failures related to the economy coming to a screeching halt due to the virus. The problem is the rest of the world is in WAY worse shape than we are. The global economy has stopped. The global economy already is in recession. The $350 trillion in global debt (which was pretty unmanageable anyway) will become an anchor around the neck of the economy.

Here it comes. It's completely obvious to me. The Fed's horrific mangling of rate cuts and stimulus? As bad as if they had chosen it specifically to cause panic and failure. Stimulus? You mean the forced inflation, if not hyperinflation?

The un-coordinated movements of the central banks? Like they chose to let each one try, then fail, to stimulate individual economies VS actually working in coordination to get this giant engine of an economy moving again? All while they print MASSIVE amounts of "their" money into each's economy?

Mark my words, the only thing coming from this is a single world currency. The disjointed, chaotic, unintelligible movements are FAR more coordinated than we realize. Second, there will be a debt JUBILEE! The way has already been paved by the Bank of International Settlements. With this jubilee and a new currency, all will flow well, debt will be managed, inflation will be brought under control, goods and services will become much more available.

And the one that controls the currency will be the BOSS. Type of gov't? Amount of debt? Living standards? Military size? All will be according to the new Boss. Hope its us.

Just a little conspiracy theorizing for you folks. Hope this doesn't come true. Looks very plausible in light of all that is happening.

Best of luck, keep the ammo clean, keep your powder dry, live off grid, and BE FREE.

If this lasts more than six months, like I said, we have a lot bigger problems on our hand.

Sounds like you are in the same boat as me. I can weather a little delay, but as Brett has emphasized many times, the longer they keep the economic functions shut down, COVID 19 will be the least our our worries.

Hope things work out well for you.

JCTrucker, nothing you're saying is impossible but I don't think it will get that severe. They won't let it. They'll put a stop to this madness before that much damage is done.

I was thinking yesterday that what they're doing is the equivalent of finding a weed in your backyard and lighting the entire yard on fire. Yeah, that will kill the weed, but the collateral damage is staggering.

That's why from the start I've suspected this is either a massive fire drill or some ulterior motive we're still unaware of. Because devastating the world's economy over a virus makes no sense. You're going to wipe out millions of businesses, millions of households, and send the world into a global depression for years because you're afraid the hospitals will be overrun by people with the flu? The math obviously doesn't add up.

People are already getting stir crazy and growing increasly upset that their favorite small business is already about to go under. A Chicago cop said this about the rumors that Chicago may soon be on a shelter in place order with a curfew.

How am I to enforce a curfew? Inevitably when I get told to go bleep myself, what am I to do? Arrest them? For what? I’m not arresting people for leaving their homes. Let’s say someone does arrest them, they’ll be I-bonded out in quick order and we are right back where we started. Even if they illegally have a gun on them, they’re going to empty the jails and we are back where we started. There’s no recourse for when people don’t want to stay home. And honestly, the government shouldn’t be physically forcing people to stay in their homes. I wouldn’t even blame the community for telling me to bleep myself after me telling them they’re not allowed to go outside. The whole plan is ridiculous and in no way enforceable. Chicago has spent many years telling people to challenge the police, now you want them to listen? Good luck.

This whole "crisis" is going to get even more interesting.

I can't see this lasting long at all. It's a flash in the pan. The only real pandemic is an emotional one. It started with no basis in fact or science. It will end so quickly that we will be questioning our sanity as to why we reacted like we did as a society.

Unfortunately the economic impact will last much longer than the irrational response to "the unknown."

Those who orchestrated the panic will shrink back into obscurity and begin analyzing the data they've collected. The rest of us will get back to normal as best we can.

Those who orchestrated the panic will shrink back into obscurity and begin analyzing the data they've collected. The rest of us will get back to normal as best we can.

I wish that were entirely true...

The liberal media has done nothing to help this situation. They continuously fan the fires of fear, uncertainty and doubt. Only serving their Masters; ratings, advertisers and the clicks they receive on the internet. Completely unchecked. Polar opposite of what we try to do here.

Once the impeachment process ended...this became the new frenzy.

this became the new frenzy.

True... I'm trying to stay non-political with my response to this madness, but there's certainly a political twist intertwined in this whole thing.

both sides are playing it, and trying to capitalize on it. Fox and MSNBC are good at it.

this became the new frenzy.

True... I'm trying to stay non-political with my response to this madness, but there's certainly a political twist intertwined in this whole thing.