Page 1 of 2 Next Page Go To Page:
TCB's Comment

I have a dispatch from Bay Town TX. to Hurricane UT. Dispatch miles are 1361, but the route given to my by my Qualcomm is 1515 miles, which also includes pre determined fuel stops. My Garmin gave me a route of about 1620 miles. Google maps, car route is about 1396 miles. That's a difference of about 150 miles. My Atlas does show an alternative hwy., saving about 70 miles, but would take me off of my fuel route, and entail driving two lane back roads for about 380 miles with no fuel stops. It looks more treacherous, and according to google maps, would only save about 20 minutes driving by car. There must be a reason that my quallcomm and Garmin avoid that hwy. Should I expect to be compensated for the difference? It is a big difference. I have had many other dispatches with 40-60 miles discrepancies, and never said a thing. But, 150 miles is a lot, and it might keep me from making my fuel bonus. I have reached out to mu DM twice, via macros, with no response. 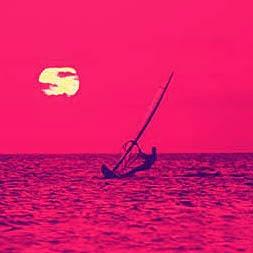 Very little chance of getting closer to the correct mileage if you say nothing. Likely testing your resolve, don't be a pushover. But choise your battles.

Actual miles vs dispatched miles will never match up. Most companies are using zip code to zip code and not hub miles. You could ask your dispatch since you’re following their route and see if they won’t acknowledge the discrepancy and make an adjustment but don’t get upset if they don’t. When you have the conversation, pose it as a question for future knowledge rather than an accusation though, it isn’t as much a test of your resolve as much as it is the software system plotting the route and fuel stops.

When you have the conversation, pose it as a question for future knowledge rather than an accusation though, it isn’t as much a test of your resolve as much as it is the software system plotting the route and fuel stops.

Robert is so spot on with that remark. This isn't some sort of test. It is the reality of the trucking business. This is a subject that gets a lot of rookie driver's panties all in a wad unnecessarily. There is a lot to how you end up with the dispatched miles that you do. These companies will do everything they can to keep their rates competitive. Most freight is delivered on a negotiated contract price. Rather than start cutting their rates they will sometimes offer the customer a shorter mileage amount on the load. It is much easier for them to later raise the mileage than the freight rate. Don't let this kind of stuff get in your head and work on you. Keep your truck moving efficiently and they will always make sure you are making money.

I had a regular run that I made great money off of but I always drove about 150 miles more than they would dispatch me on that run. It was a 1,500 mile load, and I would do it about three times a month. That's 10% of the miles lost! Sounds like a lot, and most drivers in my fleet didn't want it. I was always at the top of my fleet for miles run and clearly way out ahead with the money I was making. The company knew there wasn't much they could do with that contract, but they had room on other loads to do better. They always took good care of me because I was glad to do that run. Take your loads and do a great job with them. Don't sweat the little details. Let the office handle that stuff. If you want to talk to your dispatcher about it, just be respectful and learn from what they have to say. Sometimes they can help you a little, and sometimes their hands are tied. If you are proving to be valuable you will always be treated fairly. My dispatcher would often throw in some x-pay of some sort if he thought I deserved it. 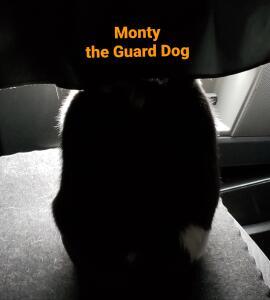 I'm on a load every other week from Jerome ID to Greensboro NC that is paid at 2195 miles. However, the shortest mileage is 2247 miles with tolls and going thru WV mountains...it takes longer. The longer route (2268 mi) is quicker, even going thru the Smokies and Blue Ridge. Or jumping off 40 onto 81 and then on 77 is 2249 miles and is as fast as the 2268 mile route. So, all 3 are longer than the paid miles. After doing it 4 or 5 times since last Oct, I asked the office about the extra miles and tolls. They know it's longer than what they pay and tolls are figured into runs that go back east. So if they are cool with my running down to 40, across to 81 and 77, back to 40, that's the easiest way for my load (41-42000 lbs). I need to quit worrying about some things 😉

I've never had anything close to those kind of variations in dispatched miles, empty or loaded. The largest number I can remember driving "for free" has been maybe 30 miles. Anything more than that and I sit until it either gets paid or another driver is pulling it.

I do enough unpaid, free stuff for the company without giving up 25 miles each trip.

Ha we figured these 2 XPO loads from Abilene Tx to Clackamas Or is 210 free miles each way!

I really don't sweat it figuring the overhead, fuel used etc the company has it was just the nature of the beast.

When May's raise hits , that extra 18 cpm , will more than make up for it in the end. Lol

I've always had a dislike for zip code to zip code milage pay. I imagine the company is getting paid for dispatched miles and basically paying you zip to zip hence pocketing the extra money. They are basically skimming 8%-15% of all the miles you drive off the top. Mafiosi style. They will say that you will get runs that pay you more miles than you drive so it balances out...but it doesn't. In 2 years I can count the runs that worked in my favor on one hand an never more than 1-20 miles. Yet every other load I'd drive 8%-15% free miles on both the pickup and delivery. I had one long run I lost 50 on the pickup and 150 on the delivery. I got paid for about 1200. Sucks but it is what it is and I knew how they paid going in. I still managed to do well with them despite zip to zip and low per mile pay.

2 different perspectives from 2 different people. Both are worthy opinions. Bottom line for me- “I’ll make my own decision on how to handle this.”

“I had a regular run that I made great money off of but I always drove about 150 miles more than they would dispatch me on that run. It was a 1,500 mile load, and I would do it about three times a month. That's 10% of the miles lost!“

I do enough unpaid, free stuff for the company without giving up 25 miles each trip.

Personally, I think the zip code to zip code is a archic and outdated way of determining miles. Years ago it made sense because it was difficult to look up mileage between addresses so zip to zip was easier. With all the GPS technology and map programs available now, there is no reason when the pick up and drop off adress is added to the system it couldn't use which ever dispatch program the company uses to determine a exact adress to adress mileage.

The only reason why they still it do that way is because the company will come out on top nine times out of ten.

I do not think the driver should have to eat 150 miles or more because the company negotiated a bad rate they should eat that not the driver. For me that would be about $106 and 2.5 hours lost, that would add up to a significant amount over time.

If OD negotiated a bad rate for the freight I'm pulling Id still get my 71 cpm they take the loss and go back and tell the customer they need to charge more or they stop pulling their freight. They wouldn't tell me here take this freight to Indy but since we are losing money we will only pay like you are taking it to Lafayette

I feel like when you are paid by mileage you should be paid for all miles.