Geez, we get it, you're super smart, quit kicking the dead horse already.

Three people said they didn't get what I was saying, so I approached it from a different angle to see if it would help make it clearer.

But hey, complex metaphors can pop up almost anywhere! 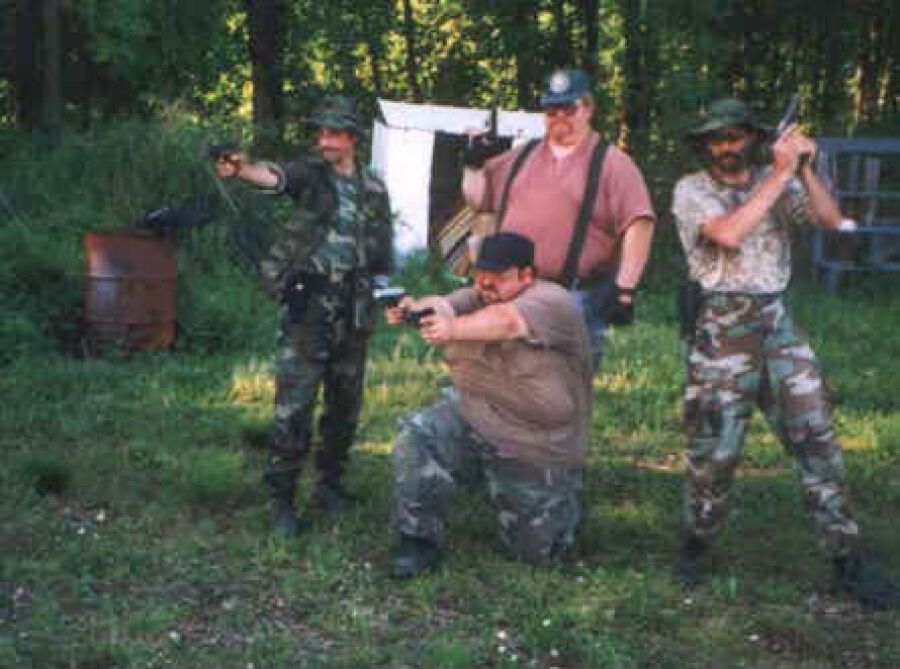 We don't take too kindly to complex metaphors in these parts

But hey, complex metaphors can pop up almost anywhere!

We don't take too kindly to complex metaphors in these parts

Just me & kiddos, here in the boonies.

That picture is just how I imagine the general public sees truck drivers when they imagine us confronted by complex metaphors.

But OTR drivers are obviously smarter than that😁

See. Truckers don't care about your skin color, where you're from , who you're married to or any of that identity politics crap.

They care about what kind of truck you're driving. Packrat is a daycabist and my feelings are hurt.

I'll still wish him and everyone else a Happy Thanksgiving

"Why is it OK for a minor to cross state lines with an illegally gotten firearm & kill unarmed blacks?"

That sentence alone conveys to the rest of us your utter ignorance (or even stupidity) of what actually occured, and your reliance on Corporate Media as your sources. I cannot stand it when I see uninformed people spewing ignorant comments, because "that is what they were told."

Please tell the rest of us who these "three Black men" were who Rittenhouse shot?

I won't bother commenting on the rest of your post, because I realize your beliefs of the facts have been instilled by Corporate Media.

To me, the only elephant in this room is the narrative. Yall are using the same dehumanizing, division stoking rhetoric that the right wing pundits spew on a daily basis. Let's take the vaccine. Every single person that works at Fox News is vaccinated. Their company mandates that they do so or are fired. Yet they go on their rants about covid this & mandate that.

You say those animals are rioting & looting while blaming Democrat as the problem. "The protests spread to over 2,000 cities and towns in all 50 states and all 5 permanently-inhabited territories, as well as in over 60 other countries, with demonstrators supporting those seeking justice for Floyd and the wider Black Lives Matter movement, and speaking out against police brutality." [Wikipedia]

Rather than looking at the majority of the peaceful demonstrators, you single out the loud & unruly few. The lens is only pointing at what they want you to see. You live in mostly homogeneous communities where the police are your neighbors & friends.

In cities, most police come from outside then judge us harshly & treat us with disdain while constantly throwing their power over us. In our community, the police were worse than the so called criminals. Many of them even moonlighted for drug dealers. They would rob the competition then sell those drugs.

Here's what Politifact has to say about the arguments being made here.

The data cited has some fundamental issues, notably that it uses out-of-date FBI data and ranks cities by crime rate when the FBI specifically warns against doing so.

This glosses over the array of intensely local factors that influence crime. Violent crime in particular stems from a limited group of people in a limited area, so assuming that segment has a particular political bent based on the city at large — and that their violence stems from those politics — is a stretch at best.

Large cities do have more crime. And they do have more Democrats — both in terms of general voting and local leadership. But it’s a classic example of correlation without evidence of causality.*

Here are the things that you aren't considering while making your arguments. Most of you think that none of the problems facing cities stems from systemic racism or police misconduct or concentrated poverty or the war on drugs or the neglect of cities by the federal government, it’s all because the various mayors and council members have a “D” after their names.

Why is it OK for a minor to cross state lines with an illegally gotten firearm & kill unarmed blacks? Yet, a black with the same circumstances will serve a mandatory minimum? Why is the drug problem in cities a criminal problem but a mental health issue in rural america? Why is gerrymandering legal?

Finally, if you lasted this long, let me repeat, yall are are debating about data that "the varied demographic and cultural factors at play in each city make comparing raw data like this a questionable exercise. The FBI explicitly warns against this type of ranking."