I’m Back With Prime Inc

Keeping the tanks as full as possible also helps to prevent gelling.

I think that’s the biggest thing right there. I’d say you want to keep at least 3/4 full whenever you are going to be done for the day.

So far OK. I’m being careful about what I lift with it, cranking the landing gear, opening/closing trailer doors.

I made it through a 10 hrs drive yesterday with my arm not aching where the screws are in place.

My deltoid muscles on both arms/shoulders are sore when I lift my arms. Has been that way all through my recovery period, I think from lack of use.

My biggest complaint so far is my butt getting tired in the seat. Will eventually get used to it again.

I do feel older physically, than last July. Just need to get back in shape, lose the weight that I put back on while off.

Yes, north of I-40 is winter blend. Yes, the truck stops such as Sapp Brothers will post "covers you until 10 degrees". Still, Prime wants us using antigel below 30 degrees. I said 34 cause that is freezing point and I'm not adding it later if the temps drop at night.

They also require us to use Power Service brand and forbid us to use Howe's which many of you will state is just fine. According to Prime, too many truck froze up with Howe's.

They are paying for it.... So I do what they want.

Also Dennis.... You should be putting it in when fueling to ensure proper mixing.

Yes, north of I-40 is winter blend. Yes, the truck stops such as Sapp Brothers will post "covers you until 10 degrees". Still, Prime wants us using antigel below 30 degrees. I said 34 cause that is freezing point and I'm not adding it later if the temps drop at night.

They also require us to use Power Service brand and forbid us to use Howe's which many of you will state is just fine. According to Prime, too many truck froze up with Howe's.

They are paying for it.... So I do what they want.

Also Dennis.... You should be putting it in when fueling to ensure proper mixing.

Kearsey, that’s interesting about Prime’s anti gel policy. I remember asking about this when I was with Schneider. And they are based out of Green Bay. The Frozen Tundra. They didn’t have us use anti gel at all, and I didn’t have any fuel problems. Different companies, different practices.

In fact, the only time I’ve ever used anti gel has been for my skid steer. In the winter, I normally only used it to plow snow so it always sat unused between snowstorms. At those times, I always made sure it was filled with winter blend fuel and anti gel additive.

I don’t have to worry about that anymore because some low life stole my beloved skid steer while I was on the road. I hate thieves.

What a repeated waste of money. Go Prime!

I checked with Prime Road Assist about the anti-gel policy. This is what I got back for when temp going below 20F.

*** COLD WEATHER, FUEL, AND DEF TANKS ANYTIME THE TEMP IS GOING TO BE BELOW 20 DEGREES, YOU NEED TO HAVE ANTI-GEL IN YOUR FUEL TANKS (TRK AND REEFER). YOU CAN'T PUT ANTI-GEL IN THE DEF SYSTEM, BUT THE DEF TANK HAS IT'S OWN HEATER. THE TRUCK ENGINE HAS TO BE RUNNING FOR THAT HEATER TO BE ON. SO ON COLD MORNINGS, BE SURE YOU LET THE TRUCK IDLE A LITTLE LONGER THAN NORMAL SO THAT THE DEF HAS TIME TO THAW OUT IF IT IS GELLED.

*** ANTI-GEL PREFERENCE *** YOU SHOULD BE USING POWER SVC (1ST) OR PENRAY WINTER POW-R PLUS (2ND) EVERY TIME YOU FUEL UP PER THE INSTRUCTIONS ON THE BOTTLE.... YOU WILL NEED TO RUN EACH UNIT AFTER YOU ADD IT TO MAKE SURE IT'S CIRCULATING IN THE SYSTEM. IF ALREADY GELLED UP YOU CAN USE DIESEL 911 BUT ONLY AFTER ALREADY GELLED AND HAVE CONTACTED RA

OD usually only has us put antigel in over really cold weekends when the trucks are sitting.

Follow your company policy, but putting it in anytime it's below freezing on a truck that is idling seems like a waste of money to me.

This is quite an interesting read because some companies have a policy for drivers not to put any additives of any type in the fuel. My own company has a policy that we should fuel north of I-40 in the winter and that the winterized fuel is sufficient to keep us running. It seems that the lesson here for new company drivers is do whatever your company's policy is and don't deviate from it.

About the fuel additive issue.

Yesterday I got a sensor alarm on the Thermo King reefer digital control screen. The unit was working ok, set temp and box temp matched up, but I called the shop about it. The first question they asked me was the temperature at my location. It was 20 degrees at the time. They said the fuel in the reefer tank was starting to gel and had me stop at the nearest truck stop to get anti-gel additive in the tank and to top off the tank with fuel. They also wanted me to put the additive in each fuel tank on the tractor, which I did.

The shop said it was more important to use anti-gel in the reefer fuel tank than the tractor tanks. Additive should be used anytime the outside temp is below freezing.

Also, two things about using additive I want to share. Get a funnel to use for this to avoid spills. Always carry a funnel or two on the truck. Another thing: Additive is a potent chemical with a very strong odor. Be careful about spills. Don't keep this chemical in your tractor, keep the container in a sealed plastic bag if necessary and in a side compartment. Use a dedicated pair of gloves and keep those in a side compartment also. Better yet, get additive as needed so that partially used containers are not carried at all, but disposed of at the point of use. 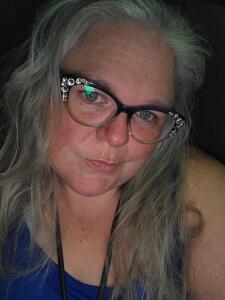 I don't carry partial bottles of antigel. I either use it all, or toss the remainder. That stuff is NASTY.

As for funnels, I have had to get creative with a 20oz soda bottle to get oil into the APU , or additive into the trailer. I never remember to actually buy funnels, so I have redneck rigged a lot of it!