Paths To Making GOOD Money As A Truck Driver?

*Maybe there's a few people pulling it off, but they're team driving, or doing some kind of specialized trucking.

I'm going to take a stab at this and anger a bunch of people.

I see NO WAY a regular W2 employee can make over 100k truck driving for any company. Now, can it be done, in theory, sure. You stay out 350 days out of the year, never see anybody, become the most unhealthy person, and die in your truck. Maybe, there's a few people pulling it off, but

Even if you did earn 100k, since you get no write offs on your taxes so your going to be paying some 17 to 18k in taxes, and more for state. That's INSANE.

Turtle, i'm sorry to pick on you, but when i google how much walmart drivers make, it says an average of 87k. That combined with the fact that every walmart driver i've ever talked to has jumped on my back, forcing me to take their contact info to drive for walmart because they're short drivers. That doesn't make any sense. Your telling me a job that will make you a millionaire in 10 years is having a hard time finding drivers when mega carriers have thousands of new drivers a week go through their program? Also, where are all these trucker millionaires?, how come i've never met one?? I've NEVER even heard a truck driver say the word millionaire out of their mouth. And there are drivers that driver for walmart for 20, 30 years? There's got to be thousands of walmart driver multi millionaires? Where are they??? Are they on Walmart Island?

The only way i can see an LTL driver making that much is if they own their own truck, get paid on a 1099. What you guys are saying doesn't make mathematical sense on this earth.

I don’t think you angered anyone. You just kind of made an ass out of yourself.

I’ve personally driven for a company where at one point I switched into a specific driving position with them and was making 2-3k a week. All the drivers in that position were clearing well over 100k a year and we were home every weekend after 4-6 days on the road. I ended up quitting the position after about 4 months and switching to a mountain driving position with the same company because the first position was just too much for me. I didn’t need the money that bad and was still going to clear over 80k in the position I switched to so it just wasn’t worth it to me. There are lots of drivers making 6 figures a year as company drivers. My experience tends to be that happy drivers don’t tend to spend much time on Internet forums so you don’t hear from them as much

Most LTL companies pay over 0.70 CPM , so to say that you've never heard of it and doubt it is pretty foolish. Side from that, at FedEx we get paid for everything. Last week I sat at the George Washington bridge for 2 hours. I went from CPM to my hourly rate, which is 30.33. 60.66 for sitting in traffic. Nothing specialized and no team driving.

The amounts that are just a few hundred dollars were weeks that I only worked a day, maybe a day and a half because of issues at home. My managers are understanding of that and will give me the time I need to take care of things that I have to take care of.

Otherwise, I'd have no issue making over 2k a week.

Why don't I want to do that? I actually thought pretty seriously about applying there before I took my current job, where I'm on track to make close to 100k this year as a company driver, especially since we just got another raise and they dialed the trucks up 3 mph to 68 on cruise.

1. I don't want to be home every weekend. Not everyone has a home life that's conducive to that.

3. I don't want to wear a uniform. No offense to my friends who served in the military or as first responders, but it's not for me.

Other than that, I agree with the previous statements about working to maximize your time.

I'll leave you with this thought that I saw today:

"When I was young I was poor. After decades of hard work, I'm no longer young."

Linehaul drivers actually make over 70 cent a mile. ODFL pays .75 cents a mile. Getting pretty much 30 dollars and hour if they have to work the dock. Getting paid extra for things like dropping and hooking, breaking down a set, and fueling. Getting 3,000 miles a week. And paying dirt cheap for benefits. A driver starting out won’t make 100k because they have to wait and bid for a run with higher mileage.

Certainly didn't anger me you just look like a moron. I’ll watch Turtle take it from here.

Thank you for sharing those numbers with us Banks!

They are impressive. They are even more impressive recognizing you are still relatively new to all this. I am impressed!

Congratulations on your accomplishments, and keep up the great work you are doing. I am confident Bobcat Bob is producing similar numbers and it shows some of the financial advantages of doing Line Haul work.

Thanks again for sharing that information with us.

Lets even say your making .70 a mile (which i've never heard of)

There are many things that you have never heard of, but it is never too late to learn. My pay rate is exactly 70 cpm , I drive regionally for five days, then spend two days at home. Miles average between 2,400 and 3,000. Now you heard it :-)

Sid you just proved Old Schools point quite well, the false belief you need to own your own truck to make more money. I'm only working a 4 day week and I'll be flirting with $100k this year AND I've only spent 1 day/night away from home in the last year and a half. 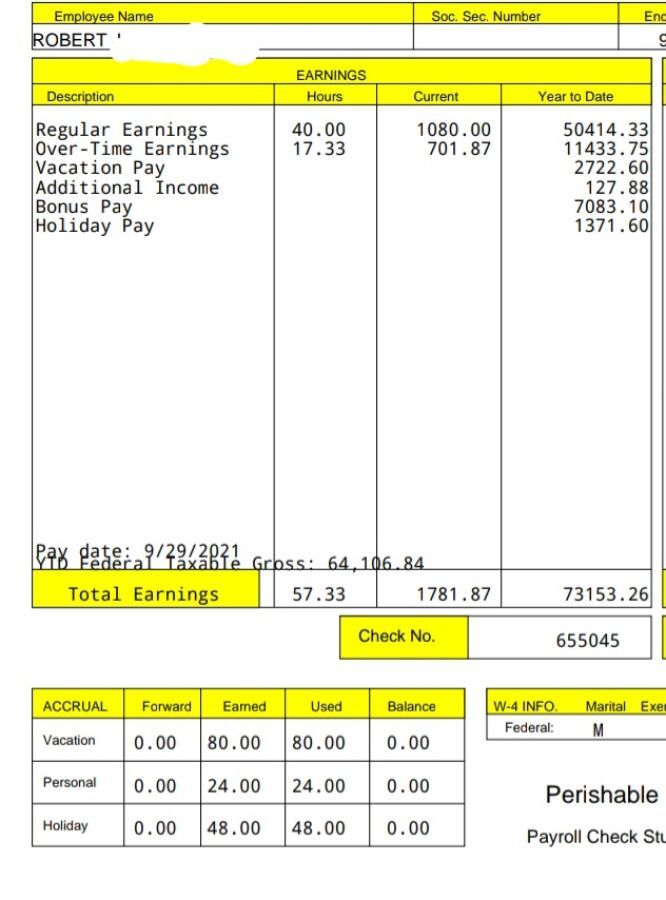 this is thru 39 weeks this year. Ill be getting my next quarterly bonus in a couple weeks which averages 10% of quarterly earnings, as well as another $800 bonus in December.

Last year W2 I worked probably 6 months on a 5 day week doing shorter days, the other 6 on a 4 day working longer days. This is my last paycheck last year 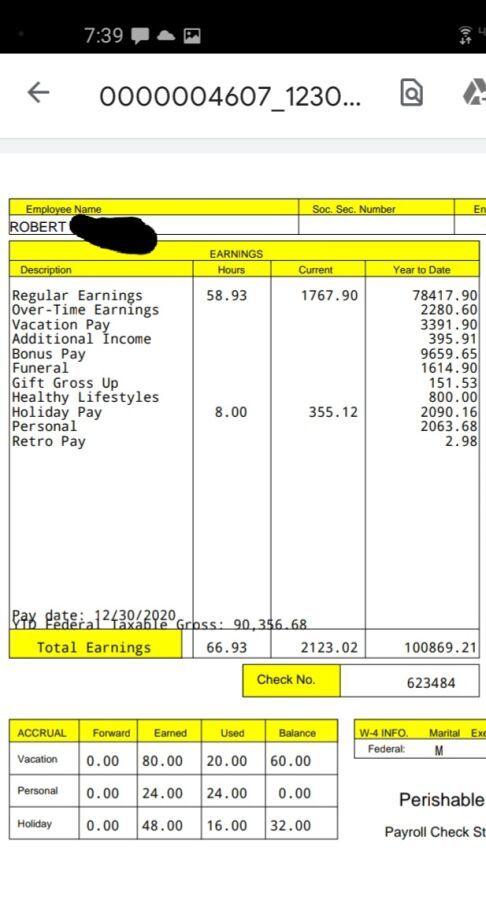 My big take away from this particular thread as it progresses is that there’s plenty of ways to make the high dollar income in trucking. The key component seems to be that it lies with those companies outside of what many consider mega carriers or training companies. Get your time in, keep your driving record and safety scores clean and the sky is the limit, you just have to do a little searching. Line haul , heavy haul, even hopper bottom drivers can hit that six figure mark that was mentioned at the beginning. The key is to look at all aspects of this industry because it’s much larger than we realize.

Thank you for sharing those numbers with us Banks!

They are impressive. They are even more impressive recognizing you are still relatively new to all this. I am impressed!

Congratulations on your accomplishments, and keep up the great work you are doing. I am confident Bobcat Bob is producing similar numbers and it shows some of the financial advantages of doing Line Haul work.

Thanks again for sharing that information with us.

I have about 26 months experience.

I've only spent 1 day/night away from home in the last year and a half.

To date, I've never spent a night away from home. It's always in the back of my mind, though. I carry my overnight bag every where I go.

I file single no dependants and pay about 500 a week. I consider it an interest free loan to the government. I do it that way because I don't want to get a surprise bill in April.

Becoming A Truck Driver Choosing A Trucking Company Dedicated Jobs Driver Responsibilities Linehaul LTL Driving Time Management Truck Driver Salary
Click on any of the buttons above to view topics with that tag, or you can view a list of all forum tags here.