Where’s Everyone At What’s You 20 How’s The Weather??

It's still snowing here. My FedEx hub closed Monday and Tuesday. It'll just likely be closed tonight since it's supposed to be snowing until tonight. We're already at over 3 feet.

Wow, G-town! Is that at your DC in Pottsville? Hope it didn't set you back too much waiting for the lot to get cleared.

Yes. Digging out, then I’ve got a short run. Are you in Pittston?

I guess I feel better about the 8 inches of snow we got here, I think I would seriously consider moving and until then telling dispatch I'll see you in June.

G Town do you get paid hourly to dig that mess out?

Had to PAY the PLOW GUY yesterday for THIS mess... (and the roundy round isn't even in the picture.) .. best $100 I ever spent. Lately. This is the 'before' pictures; I'll get 'after' ones when my feet warm up; shoveling the back deck, now. 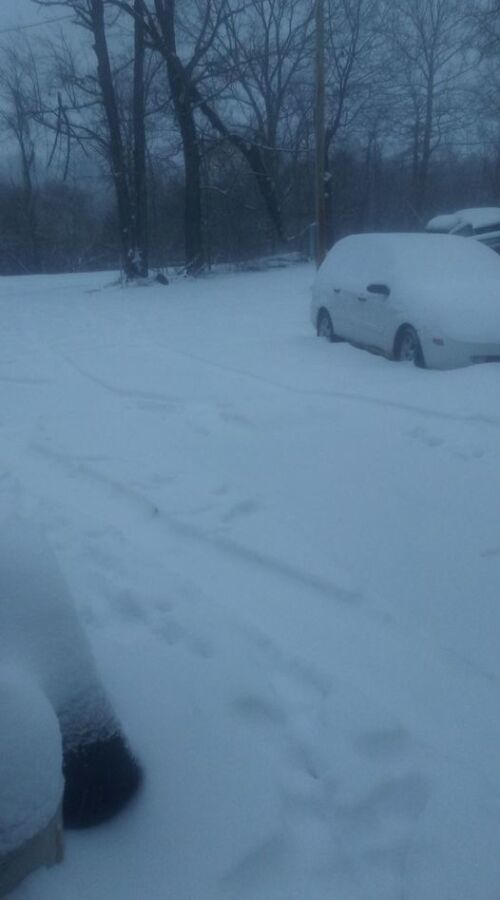 Wow, G-town! Is that at your DC in Pottsville? Hope it didn't set you back too much waiting for the lot to get cleared.

Yes. Digging out, then I’ve got a short run. Are you in Pittston?

I'm on my way to NH. Going to make a quick pit stop in Pittston to pick up my new glasses. I80 is in really good shape. Hoping 81 is too.

I talked with my daughter in Dayton yesterday. I asked what they were doing and she said, "Well, we are pretty much just sitting around watching the snow fall - it hasn't let up for quite awhile."

I talked with my daughter in Dayton yesterday. I asked what they were doing and she said, "Well, we are pretty much just sitting around watching the snow fall - it hasn't let up for quite awhile."

Well, at least she was home safe! That's EXACTLY what Tom & I did all day Sunday. No good NFL games, obviously, and I'm not a basketball fan. Watched Back to the Future(s) and watched it fall~!

Yep, way more than a small snowblower, broom, and 2 shovels could TCO. We watched for 2 days before finally breaking down & calling the plow guy. Tom DIDN'T end up brining the rig home last night, but .. had to have it clean; just in case. Nice to have a 'plow guy' on speed dial, haha! (Some people have their 'dope dealers' on speed dial .. that's a song I can't recall atm...) but ME, the PLOW GUY, hahaha! << Insert 'nerd' here! ;)

I'm cheap, by nature..even as a female. Hated peeling off that benjamin, but .. my son & I tried.. and just couldn't. It was falling as fast as we were eliminating it, LoL~!!

I got home about an hour ago. Only 70 days out this time. 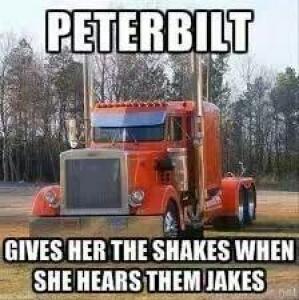 All that snow is sounding REAL nice after looking at our extended forecast. Sunday is looking like a high of ZERO and a low of NEGATIVE 18!

Advice For New Truck Drivers Becoming A Truck Driver Dealing With The Weather Photos Truck Driver Safety Truck Driving Lifestyle Truck Driving Stories Trucking Humor
Click on any of the buttons above to view topics with that tag, or you can view a list of all forum tags here.