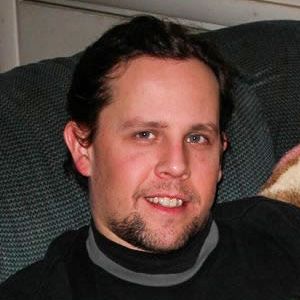 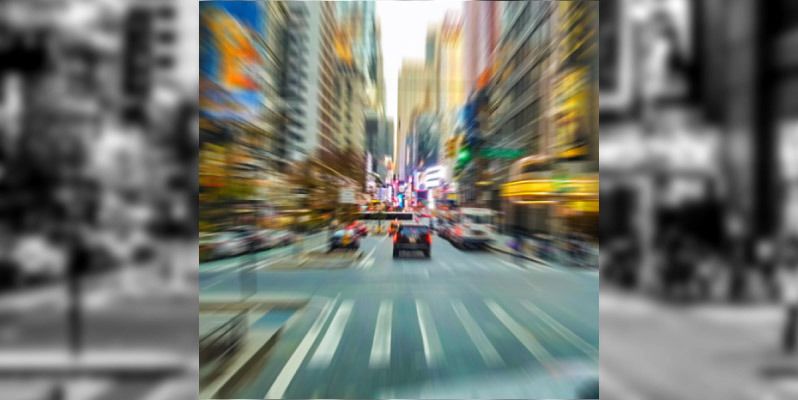 What Are The Worst U.S. Cities For Traffic Congestion?

In a report published by Inrix, 240 American cities were analyzed for their commuting times. Here are the 10 worst cities in the U.S. based upon hours wasted commuting per year:

Where Does Your City Rank?

Anybody who travels back and forth to a "regular" job, or gets out at all, really, in a large metropolitan area will inevitably spend some time contemplating and lamenting the sometimes glacial pace of their commute. But just how much time do American drivers actually spend growing old in their cars in heavily congested areas?

Traffic congestion costs U.S. drivers $264 Billion each year, as the average American spends over 40 hours a year commuting back and forth to work. Here are the Top 10 biggest commuting time-wasters in America.

Well, if you regularly travel in and around Los Angeles, New York City, or San Francisco, especially at peak times, you could be wasting in upwards of 80-100 hours stuck in traffic. That's 2 full work weeks worth of time spent slowly snaking your way around the thoroughfares of the big city.

Most states participate in the U.S. DOT's 511 Travel Information program, which will give you up-to-date information on road conditions, specific weather-related issues, construction, and traffic flow.

We Asked Truck Drivers What The Worst Cities To Drive In Were, And Tips For Avoiding Them:

Atlanta is always a Cluster. The only time it is decent to go around Atlanta is the evening until early morning. I-285 between I-20 and I-75 is the worst section. Avoiding this area if you can will help tremendously. Sometimes it is truly faster to take the "long way around".

In Dallas, any time between 0600 and 2200, avoid I30 and I35e and US75 and I45 anywhere inside the I635 loop. If during these times take I635 to your desired highway. If outside of these times then it's ok. I35e around Mockingbird lane exit is a royal pain during that time range I said. Between 2200 at night and 0600 the next morning, they all should be moving along OK.

Chicago is far more predictable [than Atlanta]. 0630-0930, 1100-1330, 1600-1830 are the worst times. I avoid morning rush at all costs. Noon rush tends to be slow in both directions, I prefer to run thru towards the end of the evening rush. Of course with all of the construction downtown avoid using 80, 90, 94 thru town unless you are going thru in the middle of the night.

I find those roads are less crowded in the middle of the night than 294. If I am coming south I aim to hit the O'hare exit on 294 around 1830. I usually get thru without catching up the to rush hour traffic ahead of me. If north bound I aim for the I-88/I-290 exit about that time.

For NYC, go directly to the New York DOT website. On it you will find an interactive truck route map that shows all truck routes for the island and the boroughs. It also shows traffic flow and is a definite time saver. 511NY Traffic & Road Information

~ Robert B. (The Dragon) yes, I breathe fire and other sideshow tricks

Seattle - First, there really are no good alternate routes during rush hour. All of the major highways through the area have their choke points and get stupid. I-5 past the Tacoma Dome is a major headache thanks to the construction project they've had going on for what seems like 100 years now, and is pretty much always ugly through downtown Seattle.

There's also shift change traffic to watch out for at JBLM, usually right around 8 am and 4 pm. SR-512 can get pretty bad in the mornings going through Puyallup EB, and at the I-5 junction going WB. SR-167 has several choke points, especially at the junction with I-405. 405 NB is horrible between 167 and I-90 in the mornings, and SB from about SR-520 all the way back down to 167 in the afternoon/evening. I-90 has a few icky spots through Bellevue and Issaquah, and going across Snoqualmie Pass through all the construction there.

Just bring a lot of patience, and allow plenty of extra time to get to where you're heading. You'll definitely need both.

Some quick pointers on [driving in] Philly...

The primary point about Philly is that it's very spread out, and depending on which part, can be miles from the actual center of the city. This is especially true when delivering or picking up in Northeast Philly, easily accessible from the PA-Turnpike and Route 1. My suggestion is try to avoid entering the city during any of the rush hours, can take up to an hour to roll 10 miles. I-76 (AKA Schuylkill Expressway) through town is one of the worst, only two lanes each direction in many sections. If at all possible avoid it, especially M-F during rush hour.

If you are only passing through Philly, it's best to go around it using either the New Jersey or PA Turnpikes or I-295 through New Jersey. Although there is no beltway like DC or Baltimore, there are several interstates and US highways that will route either slightly to the east or west of the city if you need to go either north or south to avoid the city proper.

The Rand McNally truckers Atlas has an enlarged detailed view of the Philadelphia area. If you must pass through the city, keep in mind that most GPS systems will take the shortest route, not always the best way in this part of the world. Look for alternatives, either to the east or west and use Google Maps or other software to determine red-lined highways indicating heavy congestion.

What Are The Best Cities In The U.S. For Traffic?

If you're traveling in the slower lanes of life, here are the 10 best U.S. cities for commuting:

Drivers in Los Angeles, San Francisco, and Atlanta would not be surprised that those cities are 3 of the world's top 5 cities rated for most congested traffic. This according to Inrix, a transportation research and analytics company, in their recently released 2016 "Global Traffic Scorecard", detailing the effect of traffic congestion on over 1,000 cities worldwide:

The INRIX Global Traffic Scorecard is the largest study of its kind, delivering a data-rich evaluation of urban travel, traffic health and vibrancy on an unprecedented scale. It analyses and ranks the impact of congestion across 5 continents, 38 countries and 1,064 cities.

Video: Which City Has the Worst Traffic?

Traffic in the U.S. is only getting worse, with the average American losing 50 hours of their life a year commuting.

How Much Time Do Drivers Spend Caught In Traffic? 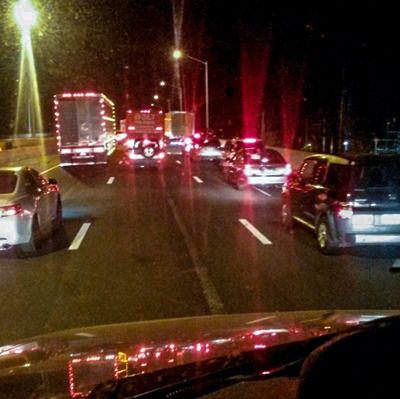 American drivers, on average, spent 42 hours in traffic in 2016, more than a 'normal' work week,. The U.S. dropped to a fourth place tie this year after previously holding the World Traffic Congestion Title, with Thailand leading the way at 61 hours, followed by Columbia (47 hours), Indonesia (47 hours), and Russia (42 hours).

How Much Money Does Traffic Congestion Cost Drivers?

All of this time spent waiting for things in front of you to get out the way comes at a monetary cost to drivers, including things like fuel, lost time, and higher prices for goods. Total cost to U.S. drivers in the 240 cities studied, directly and indirectly, in 2016, was $295 Billion. 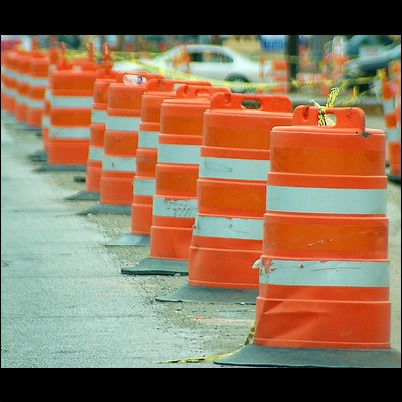 The total economic cost of congestion to households consists of two types of cost: direct and indirect. The direct costs are borne directly by the car driver through their use of the roads in congestion, and include the value or opportunity cost of the time they spent needlessly in congestion, plus the additional fuel cost and the social cost of emissions released by the vehicle. The indirect costs are borne by households through the increase in the prices of goods and services due to congestion faced by businesses.

For example New York City ranks number 1 in the country for congestion cost to the driver, at over $2,500 per year. There are obvious correlations drawn between the amount of time spent in traffic and the cost to the driver. Quite a chunk of change spent sitting around, it seems.

Video: Which City Has the Worst Traffic?

Amazing Los Angeles Thanksgiving traffic jam. Or, as people from L.A. call it, "Thursday". The most beautiful traffic jam that you'd never want to be involved in.

"A stable U.S. economy, continued urbanization of major cities, and factors such as employment growth and low gas prices have all contributed to increased traffic in 2016," Inrix senior economist Bob Pishue said in a statement. "Congestion also costs our country hundreds of billions of dollars, threatens future economic growth and lowers our quality of life. Traffic truly is a double-edged sword."

So, Then What Specific Roads In The U.S. Wasted The Most Driver's Time In 2016?

To people who drive these roads frequently, none of this should come as a surprise. And those over-the-road drivers who are infrequent travelers on these corridors know to avoid them at peak hours, whenever possible. It's no great secret as to why many truck drivers, and even entire companies, have an aversion to traveling into NYC, as 4 of the Top 10 worst roads are located within it's limits.

What U.S. Roads Waste The Most Driver's Time?

Here, in all of it's glorious aggravation, is the Top 10 List Of U.S. Roads That Waste People's Time, and total yearly hours wasted: